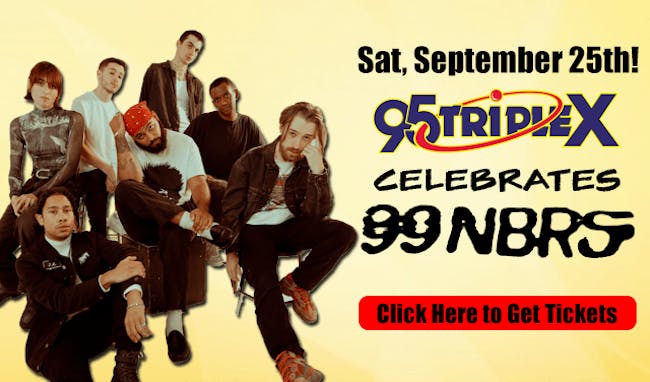 The OFFICIAL TICKET EXCHANGE for 99 Neighbors at Higher Ground on September 25th, 2021 is now open.

99 Neighbors have learned the virtues of patience. After a foundational creative burst and a fast rise, all seven members of the Burlington, Vermont, alt-rap collective can agree that the best things in life take time and focus. Yes, their foundation is still back there in the 24-hour art hub of an apartment where it all began, and their sound is every bit the hyperactive crush of rock, pop, R&B, and hip-hop heard on their debut, Television. But their new album grew out of a period of willful slowdown—a clarifying of perspective—and is built around the idea of moving forward.

The adventurous and expansive Wherever You’re Going I Hope It’s Great is so named for both literal and figurative reasons. Travel and growth are not only lyrical themes on the new set, but also driving forces behind its creation. 99 Neighbors recorded the LP in Chicago, Nashville, Burlington, and Island Pond, Vermont, expanding their horizons along the way. And that’s what the group is all about. After all, their name implies an endless expanse of guests rotating in and out of their space. “99 Neighbors might as well represent infinity, as far as we’re concerned,” says producer Caleb “Somba” Hoh.

Working organically and intentionally in the face of growing hype, 99 Neighbors created songs like “Live A Little,” an undeniably catchy piano-driven bop that sounds a little like Pharrell recording on a merry-go-round. It’s something they would’ve once shied away from, but as the group woodshedded over the past year and changed, they knew it was time to embrace their boldest impulses. Hence, Wherever You’re Going I Hope It’s Great is rich with new sonic strains from dusty jazz to UK-inspired electronica to thrilling pop. Similarly, by slowing down, individual members had time for both experience and reflection, a fact that manifests in lyrics that delve into identity, addiction, discovery, and meaning. The end result sounds decisive and complete.

“Creativity ebbs and flows,” says HANKNATIVE. “We faced that head-on and had to realize that you can't exert yourself in the same way a thousand times and expect that you're going to get what you want from yourself or others.” That also runs counter to 99 Neighbors’ origin story.

It began in Paulino and Collins’ Burlington flat, shortly before the group officially formed in 2018. Their home functioned as an open-ended workshop for anyone wanting to make music—you could come and hang, but you had to be doing something. 99 Neighbors was formed from this idea—that collective activity can be harnessed into enthralling, vibrant, and varied sound. When Television broke through in 2019—earning them comparisons to similarly boisterous creative wellsprings/crews like Odd Future and Brockhampton—that success was proof of concept.

Now, after taking a step back, regrouping, and living life, 99 Neighbors have turned their approach into a sprawling ecosystem of art and energy that only gets stronger, louder, on Wherever You’re Going I Hope It’s Great. A genuine joy permeates the record, even when the songs touch on betrayal, loneliness, and isolation. It’s the sound of seven friends living out their dreams, struggles, and triumphs together. It took a while to get there, but when 99 Neighbors finally did, the concept of the project became rather simple: “We all just want the best for each other,” says HANKNATIVE. “In that wish, it also means we want the best for ourselves.”