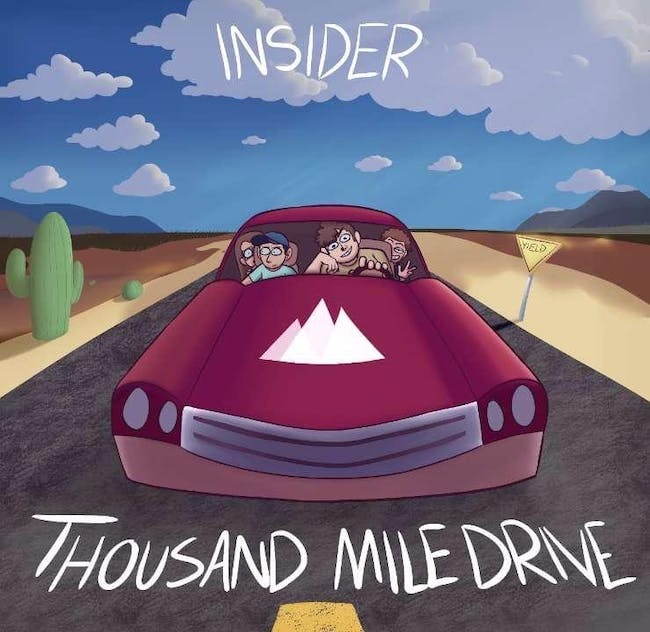 INSIDER: After a year of college and work, Insider is coming back together to play their biggest show yet. Since their debut album “Thousand Mile Drive,” gaining over 32,000 listens across all platforms, Insider has been writing new songs, exploring genres, and broadening their audience. Lead guitarist Matt Brault, singer Zac Young and rhythm guitarist Hunter Myers have spent the last year in college and working on music, and bassist Zach Hayes and drummer Gabri Hurst graduated high school and have been exploring college and full time work. Now that the band is back together, they plan to play their biggest show yet at Higher Ground and record a new album. Listen to Insider’s debut album Thousand Mile Drive and look out for brand new music on all streaming platforms!

Pattern Addict is an alternative rock group based out of Burlington, Vermont. Described as, "a truly eclectic mix of focused songwriting and tasteful, colorful arrangements that combine to create a nuanced take on indie rock" by Seven Days Newspaper, they take inspiration from a variety of genres including the widespread alternative movement in the 1990s and 2000s, indie and folk acoustic roots, and a series of jamband/post-rock groups. Drummer Dan Wagner, bassist Eden Forbes, and guitarists Liam Manion and Liam Quinlan all began playing together in 2014 in various groups that achieved moderate success. They continued to play intermittently and eventually met keyboardist Creede Burton, which is when they began headlining shows in the Burlington area leading up to the release of their first album in March of 2018. The band just released their second album, "Someday, Some Afternoon," a 12 track arrangement on which they dive deeper into their separate, unique elements. Listen now on Spotify, AppleMusic, or any other major music streaming platform!

Fat Boys and Little Men is an alternative rock band out of central Massachusetts. Founded by Joseph Moran (Bass), Kyle Svenson (Guitar), Andrew Chute (Guitar), and Patrick Driscoll (Vocals) in 2016, they rounded out their lineup with the addition of Adam Jenness (Drums) in 2020. Mixing modern day alternative and hard rock sounds with the soul of classic blues, this five piece group takes to the stage and delivers an energy packed performance every time they get in front of an audience. Full of passion, charisma, and a name that sticks out on any headline, Fat Boys and Little Men is a band that will not be soon forgotten by those who have seen them.