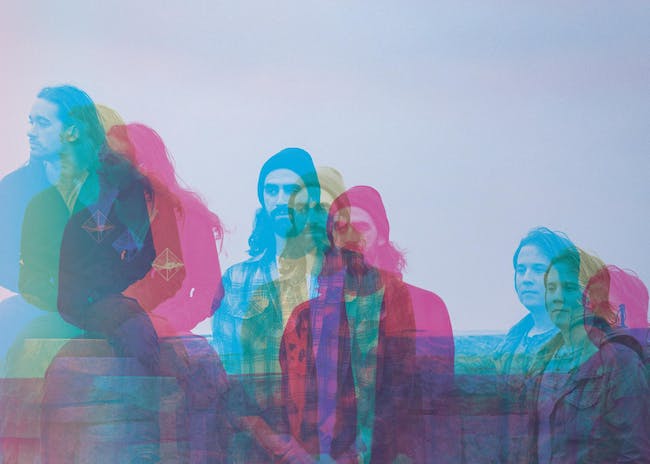 We're excited to announce that King Buffalo has been added to the fall Clutch tour (which stops in Burlington on October 8). That being said, King Buffalo is now postponing their headlining show in October to a later date. Hang onto your tickets as they will be honored for the rescheduled date, which will be announced shortly after the run of dates with Clutch.

King Buffalo will release their fourth EP, Dead Star, on March 20th. The widely-hailed progressive heavy rock trio from Western New York will have preorders starting on Jan. 24 via kingbuffalo.bigcartel.com. Preorders include an immediate download of the title track from the six- song, 36-minute release. Extensive tour dates will follow.

Their most brazenly experimental offering to-date, Dead Star will self-release throughout North America and see European issue via Stickman Records.

Self-recorded in late 2019 and early 2020 by guitarist/vocalist Sean McVay, bassist Dan Reynolds and drummer Scott Donaldson, Dead Star continues to push King Buffalo’s psychedelic aspects deep into the cosmic ether, and basks in elements of ambient drone, space rock, prog, mantra-style heavy and synthesizer soundtracking, as well as the bluesy, classic riffing and creative urgency that has underscored their particular style since their 2013 demo and 2016 debut album, Orion. A depth of mix comes courtesy of Grant Husselman, while Bernie Matthews mastered.

“In the early stages of Dead Star, we made the decision to make a strong commitment to experimentation,” explains guitarist/vocalist Sean McVay. “From exploring different time signatures, tunings and textures, to tweaking the song writing processes themselves. We’re extremely proud of these recordings, and feel it’s some of our most ambitious work yet.”

Dead Star continues the risk-taking that fueled Repeater, honoring the core dynamic of King Buffalo as a band while boldly introducing new ideas and sides of their sound to their audience.

Recent years have found King Buffalo touring throughout North America and Europe, with highlight festival performances, support slots and headlining shows, and they bring that experience to the songwriting of Dead Star’s six tracks, be it the sprawling two-part leadoff “Red Star Pt. 1 & 2” or the John Carpenter-esque instrumental “Ecliptic” ahead of the chug-and-crash-prone “Eta Carinae.” All the while King Buffalo maintain a flow and atmosphere that has served as a hallmark of their approach.

“These six songs deviate and expand on horizons that we as King Buffalo haven’t yet reached,” says drummer Scott Donaldson, who also handled the graphic layout of Dead Star with Ryan T. Hancock’s striking cover art. “It’s extremely exciting to make something familiar, but unlike anything we’ve previously done. I can’t wait for everyone to hear it."