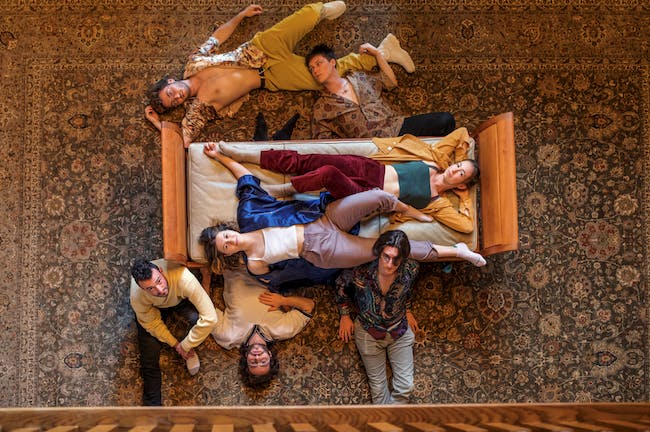 Melt is a group of seven friends from New York City. Now in colleges around the Northeast, Melt unites on weekends to play highly energetic shows filled with dancing, funky horns, and jam sections that lead into catchy hooks. Planning to release their first EP this Fall, Melt is excited to take their sound across the country and grow their community along the way.

The band started in 2017 at the end of high school. Only weeks after they formed, Melt won a battle of the bands which they used to record and release their first single, “Sour Candy.” The song quickly went viral on Reddit and reached #5 on Billboard’s U.S. Viral 50 chart and #6 in Canada. Since then, Melt has continued to grow in unconventional ways, periodically releasing singles that they record in between semesters.

Driven simply by a love of what they do, each show is different from the last, keeping their passionate and label-defying fan base on their toes. Melt has repeatedly sold out shows in their hometown at venues Mercury Lounge and The Knitting Factory. Their distinctive sound has landed the band spots on a wide range of opening bills, notably for soul-pop band Lawrence and jam band Karl Denson’s Tiny Universe. Melt has also played festivals around the country including Southwest Invasion (Austin, TX), the Rhode Island Music and Arts Festival, and the Pleasantville Music Festival (NY).