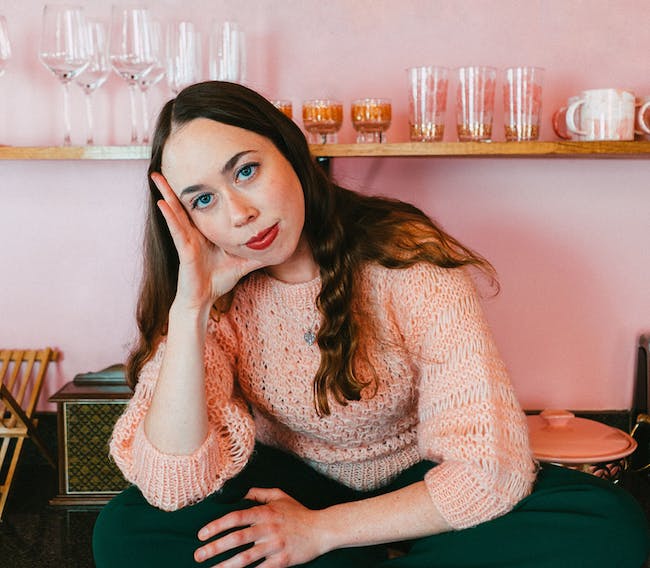 iCal
Google
An evening with Sarah Jarosz at Higher Ground

This special Sarah Jarosz show is in support of her album Blue Heron Suite thatwas released in May 2021. Joining Sarah will be Jeff Picker and JeffersonHamer, who recorded the suite with her. They will perform Blue Heron Suite in itsentirety, along with other beloved Sarah Jarosz tunes. Sarah and the band areso excited to finally bring it to you live!

With her captivating voice and richly detailed songwriting, Sarah Jarosz has emerged as one of the most compelling musicians of her generation. A four-time Grammy Award-winner at the age of 29, the Texas native started singing as a young girl and became an accomplished multi-instrumentalist by her early teens. After releasing her full-length debut Song Up in Her Head at 18-years-old, she went on to deliver such critically lauded albums as Follow Me Down, Build Me Up From Bones, and 2016’s Undercurrent, in addition to joining forces with Sara Watkins and Aoife O’Donovan to form the acclaimed Grammy-winning folk trio I’m With Her.

Following up her most recent Grammy-winning album, World On The Ground, Jarosz has announced the release of Blue Heron Suite, a much-anticipated song cycle which she composed after being the recipient of the FreshGrass Composition Commission. Jarosz premiered the piece at the 2017 FreshGrass Festival at Mass MoCa in North Adams, MA. The commission proved to be an exciting musical challenge for Jarosz, and she ended up with a song cycle inspired by the frequent trips she and her parents made to Port Aransas, a small town on the Gulf Coast of Texas, a few hours from her hometown of Wimberley. 2017 had proven to be an emotional year for Jarosz — her mother had been diagnosed with breast cancer and the town of Port Aransas was severely impacted by Hurricane Harvey. Those two events caused Jarosz to think back to the early morning walks she and her mom would take along Mustang Island beach, and the Great Blue Herons they observed along the shore. The birds came to be a symbol of hope for her family during a difficult time, and they continue to remind her of family and home.

Thankfully, her mom is now in remission and Port Aransas is on the mend, but for Jarosz, Blue Heron Suite still encapsulates many of the feelings associated with that time and “serves as a quiet acknowledgment of life’s many uncertainties… and that you can always work to try to face the highs and lows with grace and strength.” Blue Heron Suite was recorded December 17-21, 2018 at Reservoir Studios in New York City. Jarosz is joined by Jeff Picker on bass and Jefferson Hamer on guitar and harmony vocals