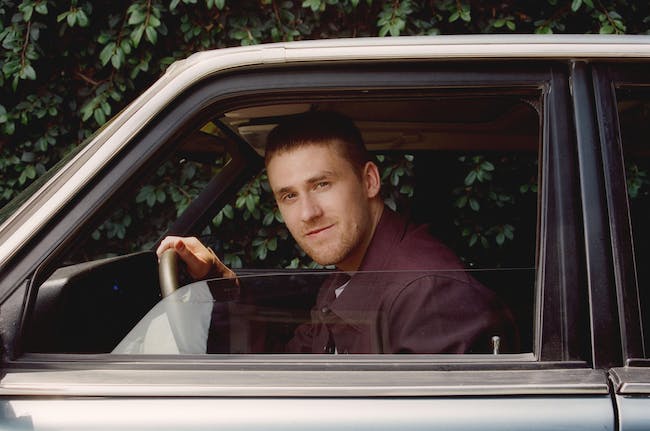 If This Isn’t Nice Tour

The music that Sven Gamsky makes as Still Woozy is meant to be comforting. This feeling is partly a matter of circumstance. The Portland artist has long worked out of his home — first in a garage that smelled like weird chemicals, now in a room in a house with windows and air conditioning — which has only magnified the snug, relaxing energy of his guitar pop. Each song feels homespun and handmade, full of dewy harmonies, glittery arpeggiations, and clear affection for loping rhythms. It's an effort, in part, to quiet the noise of an overwhelming world.

"I get melancholy at times," Gamsky says. "And I think creating music helps me see out of it. I strive for this feeling of warmth that acts as a buffer to some of those harsher feelings."

Still Woozy's singles often confront those feelings directly, but their lush arrangements offer a way to look beyond, too. On "BS," Gamsky murmurs insecurities over a yawning guitar line, wrestling with his brain but wrapping his struggles in music that feels pillowy. It's placid by design, a way for himself to maintain peace and stillness in the face of darkness. "Window," released early 2020, is a love song that acknowledges Gamsky's own hangups — a light and soulful cut about how he might press on through the world. On his 2021 release “Rocky,” the first song to be released from his forthcoming debut album, Gamsky unspools an escapist fantasia, dreaming of better days. “I just...I just dream,” he sings in the song’s stuttered refrain, pitching a nighttime reverie as a way of floating above the mundane problems of life. Buoyed by a featherlight synth line and the golden haze of Gamsky’s voice, it’s a tempting proposition. Who couldn’t use a break from a tumultuous world?

Gamsky’s idiosyncratic approach to pop songwriting, mixing heavy themes and lighter arrangements, is the result of a lifetime of being unwilling to conform to an expected path. Gamsky grew up in the Bay Area in a family of doctors and nurses, but he chose to write songs. His parents made him and his brothers take piano lessons as a kid, but he begged to play guitar instead. "My whole life has been just doing the opposite," he says with a laugh. "Sometimes for the sake of being the opposite."

In middle school, Gamsky started writing songs he describes as "really cringey," but even in those early days his process was similar to now. He'd hole up in a room alone, pluck out a few chords, and use music as a means of channeling the trials of life. For a while, Gamsky played in a math-rock band, which he says gave him an appreciation for his craft as a guitarist. His 2019 debut EP, Lately, was a short but self-assured collection of longing, lovesickness, desperation, and self-doubt wrapped in kaleidoscopic instrumentals and buoyant arrangements.

Gamsky describes the music he loves most as "enveloping," surreal compositions that "take you outside of your own body for a second." That's the feeling he's seeking in his own music too — and actively creating for others as Still Woozy — as he continues to write and record. "When you're walking with your headphones on, I want you to feel like the music is a part of everything, like the trees to your left and right," he says. "That's the shit that I love.”

23-year-old Wallice began writing songs in middle school, contemplating secret crushes over instruments she learned to play in the school band, and armed with her trusty iPod maxed out by Weezer, Black Eyed Peas, Radiohead and Lana Del Rey. With Adrienne Lenker, Vampire Weekend, Men I Trust and The Drums on her current high-rotation, elements of both her past and present influences distill in Wallice's sound -- which feels sweet and nostalgic with a rowdy edge.

Wallice's distinct and emotive voice led her to the New School's Jazz Vocal Performance program in New York City. After a year, she decided to pack her bags and head back home to California to focus on her own music. Wallice linked back up with her childhood friend Marinelli, who helped her develop a clearer direction for her voice and style. Starting with the release of her debut single "Punching Bag" in late 2020, Wallice has quickly become known for blending bedroom pop with the energy and ethos of indie rock. Her unapologetic, funny and often self-deprecating lyrics have seen her tracks embraced as hyper-relatable Gen-Z anthems. This June she released her debut EP Off the Rails and followed it up with her original Spotify single "Nothing Scares Me," co-produced by Ariel Rechtshaid, as part of Spotify's Fresh Finds Class of 2021. These first releases garnered millions of streams and support from Vogue, NYLON, The FADER, NPR, The New York Times, Pigeons and Planes and more. In January she's hitting the road as direct support on Still Woozy's US tour.