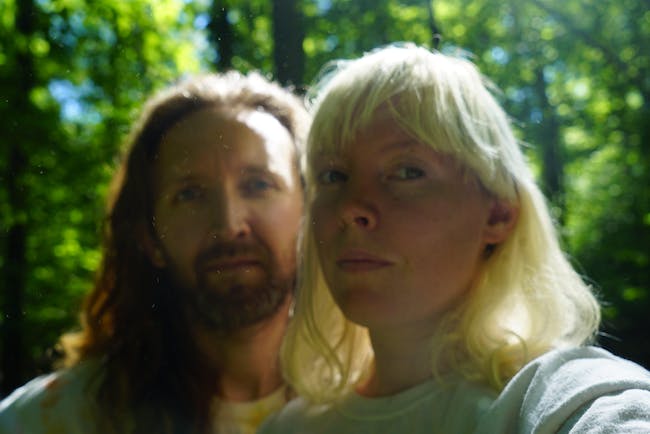 Shaking Out The Numb Tour

The OFFICIAL TICKET EXCHANGE for SYLVAN ESSO on November 8 + 9 is now open.

At its core, Sylvan Esso is built on conversation. The back-and-forth between Amelia Meath and Nick Sanborn. The conference between the band and the greater creative community they've cultivated, and then the exchange between that community of musicians, filmmakers, and photographers, and an ever-growing constellation of fans. All of it requires the ability to listen, deeply and reverently, to the other party. On Sylvan Esso's sold-out fall 2019 WITH tour -- which saw the band playing historic stages including two nights Los Angeles' Walt Disney Hall and the Beacon Theater in NYC, as well as Nashville's Ryman Auditorium -- and the subsequent concert film, Meath and Sanborn are inviting more people into the conversation than ever before, creating a movement unto itself.

The seeds for WITH were planted back in 2017 with the five-track Echo Mountain Sessions EP, recorded in Asheville, with an expanded live band. And much like Sylvan Esso as a project grew from a chance meeting between Sanborn and Meath, WITH came together when the stars aligned and a rare, coveted slice of open time in the fall of 2019 allowed the idea to finally come to fruition. The resulting live document, recorded at the hometown show at the Durham Performing Arts Center, captures lightning in a bottle. It's a rare artifact of a special, singular event, and the songwriting partnership that has grown to contain multitudes.

"It felt like one of those things where you have that rare moment of knowing you're in the 'good ol' days' when they're happening," Sanborn says of the experience. "It was knowing, 'This is probably going to only happen this one time, this one way,' and being aware of how special it is as it's occurring. That's such a gift."

WITH is electrified with the palpable hum of new friendship, of the band's rare bond that came from a whirlwind week of all-day rehearsals at Sylvan Esso's studio space out in Chapel Hill, North Carolina. For WITH, Meath and Sanborn assembled a dream team of some of their favorite musicians to help build out the songs. Alexandra Sauser-Monnig (Daughter of Swords) and Molly Sarlé, the other 2/3 of Mountain Man, added their vocals. Meg Duffy (Hand Habits) joined on guitar -- the rare kind of guitarist, Sanborn and Meath agree, who can make them really care about a guitar solo. Percussion came via Matt McCaughan's steadfast drumming (Bon Iver, Hiss Golden Messenger), and flourishes from Joe Westerlund (Mandolin Orange, Califone). Wye Oak's Jenn Wasner held down keys and bass, while Dev Gupta of Mr. Twin Sister and Adam Schatz of Landlady both orchestrated knotty tangles of electronics, the latter adding saxophone atop it. Everyone left their fingerprints on the band, but the show remained intrinsically Sylvan Esso.

On WITH, the joy of performing with a community, and the giddiness of blowing up expectations and experimenting with set list is evident. Here, picks from the 2014 self-titled are made new, along with selections from 2017's What Now. And for a band that typically produces raucous, high-energy crowds, the gravity and enormity of the revered theatre spaces allowed WITH to have quiet moments, like "Slackjaw," a live rarity. The emotionally stirring, stark performance of "Sound," a track written about the experience of being moved, consumed, immersed, and freed by music, is a highlight. Sarlé, Sauser-Monnig, and Meath sing together -- a familiar scene from their Mountain Man performances -- and Meath describes the trio singing as "the thing we do best, catching each other in the air all the time." It's sort of the thesis for WITH: an encapsulation of a beautiful friendship and the importance of connection, of real listening.

WITH has simply become a part of the canon of Sylvan Esso, a marker in the project's evolution. Through WITH, the audience experiences all periods of the band, but reimagined through the lens of a duo now at the height of its powers. And bound by the same ethos: inviting the audience to be emotionally vulnerable in a giant group of people. As Sanborn explains: "Everything that we do [as Sylvan Esso], we try to make sure to include people and to give someone the doorway to make it theirs." On WITH, Sylvan Esso offers the largest entryway yet.