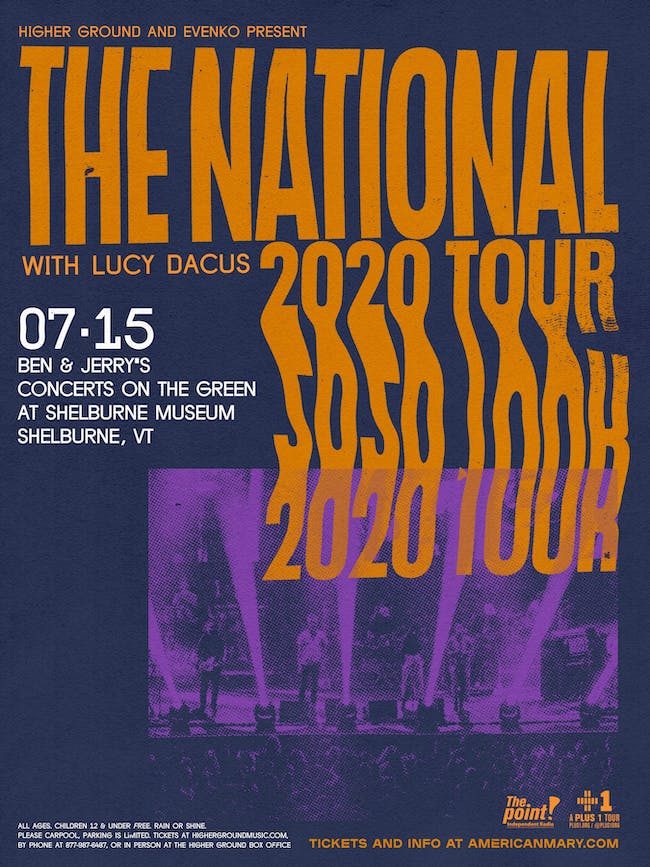 We are sad to announce that our 2020 summer tour dates are being postponed due to COVID-19. We are working hard to reschedule each of these dates for 2021. As soon as we have dates and details confirmed we will let you know. All tickets will be honored or refunded at that time.

Please stay safe and we’ll see you next summer.

During their sixteen year career The National have sold over 1.7 million albums worldwide, they have established themselves as mainstays of arenas and festivals with sold-out performances and headlining slots around the world. Their most recent album and accompanying film ‘I Am Easy To Find’ was met with critical acclaim, and 2017’s ‘Sleep Well Beast’ won Best Alternative Music Album at the Grammy Awards and achieved #1's in the UK, Ireland, Portugal and Canada.

Both individually and collectively The National’s members have been involved in countless artistic, charitable and socio-political pursuits.

The National has partnered with PLUS1 to support delivering reproductive health care, sex education, and information to millions of people through Planned Parenthood.

Lucy Dacus is done thinking small. Two years after her 2016 debut, No Burden, won her unanimous acclaim as one of rock's most promising new voices, Dacus returns on March 2 with Historian, a remarkably assured 10-track statement of intent. It finds her unafraid to take on the big questions — the life-or-death reckonings, and the ones that just feel that way. It's a record full of bracing realizations, tearful declarations and moments of hard-won peace, expressed in lyrics that feel destined for countless yearbook quotes and first tattoos.

Children 12 and under are FREE! Glass, pets, & outside alcohol are prohibited. Blankets and food are permitted. All events are rain or shine. All dates, acts, and ticket prices subject to change without notice.

Presented by The Point - WNCS