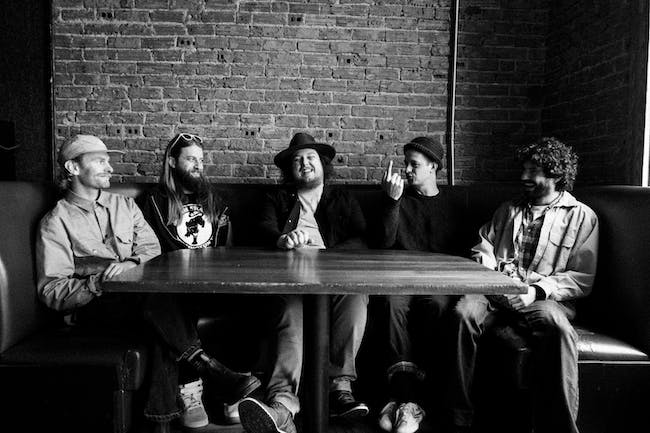 Troy Millette & The Fire Below

Heart, humor, and humility are the keys to success for singer/songwriter Troy Millette and his band the Fire Below. On the back of Millette’s witty onstage persona, imaginative covers, and heartfelt original songs, the group has quickly earned a reputation as one of New England’s most engaging live acts sharing stages with the likes of Grace Potter, Rick Springfield, Counting Crows, Dawes, LIVE, the Marcus King Band, and more.

Millette has been regarded as one of Vermont’s “Best Folk Artists” by Seven Days Magazine.

In February of 2019, Millette released the long-awaited debut EP Living With A Ghost. Produced by Christopher Hawthorn, Ghost is a five-song collection that Seven Days says is “sure to strike a chord with fans of storytelling Americana troubadours such as [Jason] Isbell and the radio-friendly stylings of Kip Moore.”

Since the group has shared singles “Stay (Please)” and “I Miss You” from an upcoming release.

Shake is a retro pop/rock outfit based in Burlington, VT pairing standout three-part harmonies with energetic, upbeat instrumentation. Their music is best described as digestible and universal, with engaging onstage personas of Jesse Agan, Rose Chase, and Ryan Sweezey elevating their show to a new level. Sonically sweet serenity - that is Shake.

Shake is currently working on their debut LP with Andre Maquera (8084) at West Street Digital recording.

Morrisville-based musician Abby Sherman has been steadily releasing music and establishing herself as one of the most soulful blues-rock vocalists in the state. Called “one of the scene’s most consistently quality singer-songwriters” by Seven Days’ Chris Farnsworth, her blend of folk, country, and roots have been predominantly featured on 2018’s self-released “Finding Hope” and 2019’s “So It Goes” backed by her band The Way North. Sherman was recently joined onstage by icon Susan Tedeschi at a headlining play at Nectar’s in Burlington, VT.