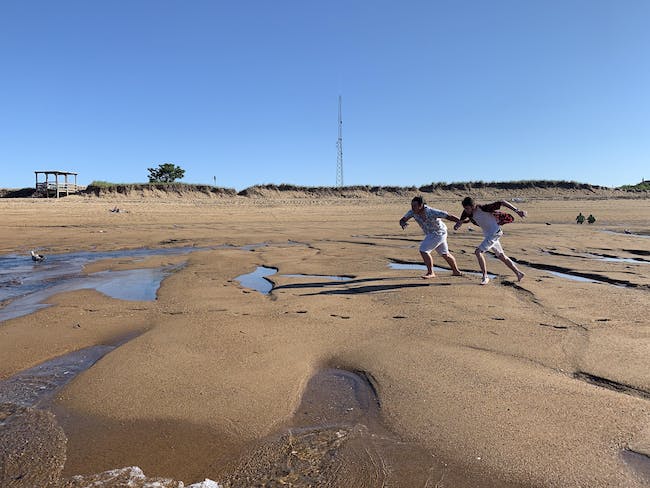 Two Towns is a band that makes music for everyone. With diverse sound ranging from alternative, country, to pop. You are sure to love what Two Towns has for you! Two Towns consists of Zac Young on the vocals and rhythm guitar/bass guitar, and Hunter Myers on percussion and backing vocals. Being joined by special guest Jackson Garrow on lead guitar/backing vocals

Pattern Addict is an alternative rock group based out of Burlington, Vermont. Described as, "a truly eclectic mix of focused songwriting and tasteful, colorful arrangements that combine to create a nuanced take on indie rock" by Seven Days Newspaper, they take inspiration from a variety of genres including the widespread alternative movement in the 1990s and 2000s, indie and folk acoustic roots, and a series of jamband/post-rock groups. Drummer Dan Wagner, bassist Eden Forbes, and guitarists Liam Manion and Liam Quinlan all began playing together in 2014 in various groups that achieved moderate success. They continued to play intermittently and eventually met keyboardist Creede Burton, which is when they began headlining shows in the Burlington area leading up to the release of their first album in March of 2018. The band just released their second album, "Someday, Some Afternoon," a 12 track arrangement on which they dive deeper into their separate, unique elements. Listen now on Spotify, AppleMusic, or any other major music streaming platform!

Highly introspective, Jesse Taylor pours her heart into every word she sings. Hailing from Maine, Jesse moved to Burlington to pursue music, drawing inspiration from long days at the bakery and life with depression & anxiety. Taking notes from artists like Ingrid Michaelson, Regina Spektor, and Courtney Barnett, Jesse writes songs that mirror their passionate vocals and unapologetic style. Reluctant to identify herself with one genre, Jesse Taylor enjoys mixing musical influences. Can someone get her a brown paper bag?