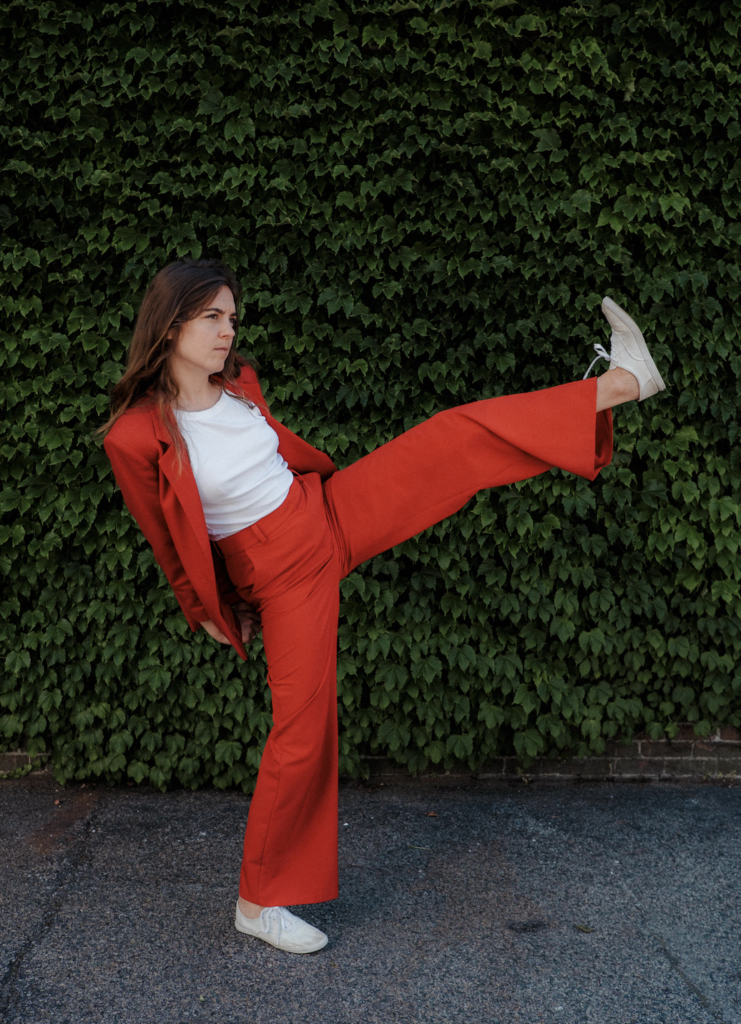 “When I was out in L.A., I had the sensation that I was doing exactly what I was supposed to be doing,” Ali McGuirk says of recording her stunning Signature Sounds debut, Til It’s Gone. “That’s such an elusive feeling to capture.”

On the recommendation of producer Jonah Tolchin (a star singer-songwriter in his own right), McGuirk traveled from her adopted home of Burlington, Vermont to the Los Angeles neighborhood of Silver Lake to track much of Til It’s Gone. A sublime set of songs that pairs McGuirk’s trademark soul sound with rootsy turns and raw rock ‘n’ roll detours, the album began to bloom at the L.A. sessions. McGuirk remembers describing to Tolchin the vibe she envisioned for the record. She mentioned something about it being akin to the cool fusion of styles that Little Feat achieved in the ’70s – that funky, twangy, jazzy and thoroughly-authentic feel. Tolchin suggested they just call up legendary Little Feat guitarist/mandolinist Fred Tackett and get him to lay down a few parts.

“Fred Tackett came in and was casually telling stories about sessions he did with Ringo and Harry Nilsson like it’s not a big deal,” McGuirk says with a laugh. “It took me a minute to acclimate, but once the music started, everyone was so supportive and into the tunes.”

Growing up just outside Boston, McGuirk doesn’t remember a time when she didn’t want to be a singer. But as a kid, she didn’t see a path forward. To her, professional singers were pop icons like Brandy, Britney or Mariah. McGuirk got a guitar in high school but admits she basically only played the same four chords over and over again. By college, after a couple decades of absorbing ’90s r&b,’70s singer-songwriters and classic soul of every era, McGuirk found her own aesthetic: earthy, pure, propelled by a voice capable of whispering dark truths or belting out big hooks on her originals. Boston responded with a wave of love. The Boston Globe named her an “artist to hear.” She racked up nominations and wins at both the Boston Music Awards and New England Music Awards. Her standing-room-only residency at Somerville’s Bull McCabe’s Pub delivered electric performances – Til It’s Gone also features key contributions from McGuirk’s Boston bandmates such as guitar ace Jeffrey Lockhart.

The songs on Til It’s Gone are a culmination of McGuirk’s influences, experience and soul searching. Over jazz vamping and a deep groove, “Evelyn” speaks to “several layers of generational trauma that the women in my family have survived.” Somewhere between folk ballad and quiet storm r&b cut, “The Work” addresses how too many people refuse to have honest and earnest conversations about their privilege – “If we can’t talk to each other and hold space for people when we can, nothing will progress,” she says. “Wealthy people, white people, cisgender people, straight people and anybody who holds institutional power need to first learn what institutional power is, then realize they, or we, have it, then do some work.”

McGuirk also spends time considering and reconsidering love gone wrong, or love gone sideways, or upside down. “Let It Be You” sits happily in its classic blues pop vibe capturing a scorching vocal take that came at the end of an epic 10-hour day in the L.A. studio. “Leave Me” winds through complex emotions – “If I’m gonna sing about the delusions of love, let my head be squarely on my shoulders while doing it,” she says – over an equally complex arrangement that starts with Joni Mitchell-reminiscent folk and rises to a jamming, Grateful Dead-esque climax. With the twang of an Emmylou Harris gem, “Empty Vase” came out of wanting to write some “anti-torch songs.”

“I used to sing a lot of jazz and loved the ‘torch’ singers like Dinah Washington, Etta James, Sarah Vaughan, Abbey Lincoln, even though so many of the songs they sang felt anti-feminist to me,” McGuirk says. “Abbey Lincoln says a song is like a prayer, and you get what you put out and I found that to be true in my life. The idea that you can be a strong, independent feminist, and still suffer from the leftover feelings of a culture steeped in historically unequal power dynamics between the genders is something that writing these songs has helped me process.”

Til It’s Gone is the rare record that features a young artist relaxing into tender, homey spaces and pushing herself emotionally and sonically. Stretches of the record channel those brilliant, warm torch singers McGuirk has spent so much time with. Then there are wild asides, such as album closer “Milk,” a towering rock crescendo full of guitar feedback and organ swells.

“Every artist has genre identity crises because you don’t want to get pigeonholed and it’s so easy to,” she says. “But you get so invested in these sub-genres. In high school, it was Joni Mitchell and Neil Young singer-songwriters. In college, it was jazz. And all along it’s been soul. My go to is still turning on Donny Hathaway to chill. But I have always felt I have had these other secret interests that come out.”

“I love ‘Milk’ because it makes people think I’m a rock artist,” she adds with a laugh. “It’s the last song on the record, but definitely one of my favorites. I think we created a whole dystopian love scene on this one. I wanted the vocals to be distorted and the guitars to be out front.”

Til It’s Gone loves to dip into genres and sub-genres. But it never gets lost. Acting as co-producer with Tolchin, McGuirk let the songs wander from shadowy emotional spaces to big, bad guitar workouts to delicate little confessions. But her voice – bold, buttery, spellbinding – carries each song to the next til they’re gone.