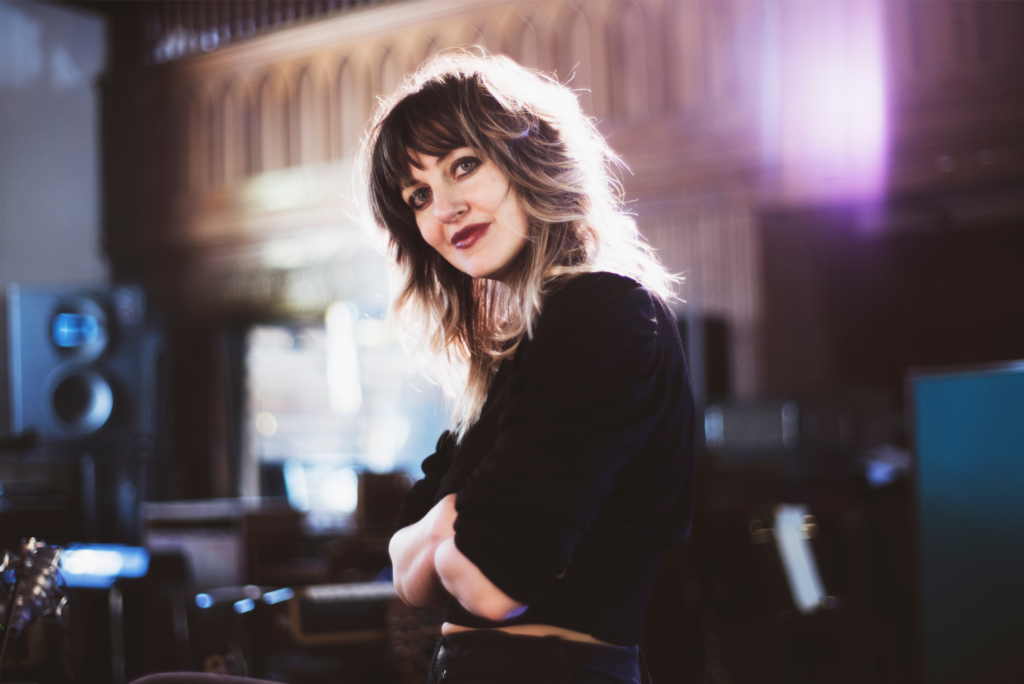 ANAÏS MITCHELL is a Vermont and Brooklyn-based singer-songwriter, and the Tony and Grammy award-winning creator of the Broadway musical Hadestown for which she wrote the book, music and lyrics. Hadestown won 8 Tony Awards overall including Best Musical as well as the Grammy for Best Musical Theater Album. Mitchell was named to TIME’s prestigious TIME100 list in 2020, and her first book, ‘Working on a Song – The Lyrics of Hadestown’ was published by Penguin/Plume in the same year.

Dubbed by NPR as “one of the greatest songwriters of her generation”, Mitchell comes from the world of narrative folksong, poetry and balladry. Her recordings include the original studio album of Hadestown (2010, featuring Justin Vernon and Ani Difranco) and Young Man in America (2012), along with reinterpretations of traditional music including Child Ballads (2013, with Jefferson Hamer) and Bonny Light Horseman (2020, as Bonny Light Horseman, which received two Grammy nominations). She has headlined worldwide and supported tours for Bon Iver, Josh Ritter and Punch Brothers, and her music has featured in year-end best lists including NPR, Wall Street Journal, MOJO, Uncut, The Guardian, Sunday Times and The Observer. If there’s a common thread in Mitchell’s work it’s that she’s as interested in the world around her as the one inside her. As the New York Times wrote, “Ms Mitchell’s songs address contemporary angst with uncanny vision….a formidable songwriting talent”.

“The most engaging, and in some ways, most original artist working in the field of new American folk music” Independent on Sunday
“One of the greatest songwriters of her generation” NPR

“A national treasure, one of our great modern singer-songwriters” Time Out

“Mitchell is a skilled storyteller…and her delivery gives an emotional complexity that welcomes and even demands repeated listens.” Pitchfork

“Currently a well-kept secret, Mitchell is writing material that stands comparison with the great singer-songwriters of the past few decades” Daily Telegraph

“A songwriter of exceptional imagination and perception” The Guardian

Samantha Crain is a Choctaw singer, songwriter, poet, producer, and musician from Oklahoma. She is a two-time Native American Music Award winner and winner of an Indigenous Music Award. Her genre spanning discography has been critically acclaimed by media outlets such as Rolling Stone, SPIN, Paste, No Depression, NPR, PRI, The Guardian, NME, Uncut, and others. She has toured extensively over the past 14 years nationally and internationally, presenting ambitious orchestrated shows with a band and intimate folk leaning solo performances. She has toured with First Aid Kit, Neutral Milk Hotel, Gregory Alan Isakov, The Avett Brothers, The Mountain Goats, Brandi Carlile, Langhorne Slim, The Staves, and many other bands and artists. With her new album, “A Small Death”, and newer EP, “I Guess We Live Here Now”, she continues her tradition of keeping things close to the heart and the ground by leaning into the fulfillment of affinity with an audience and the satisfaction of a song with a memorable melody and an honest story.