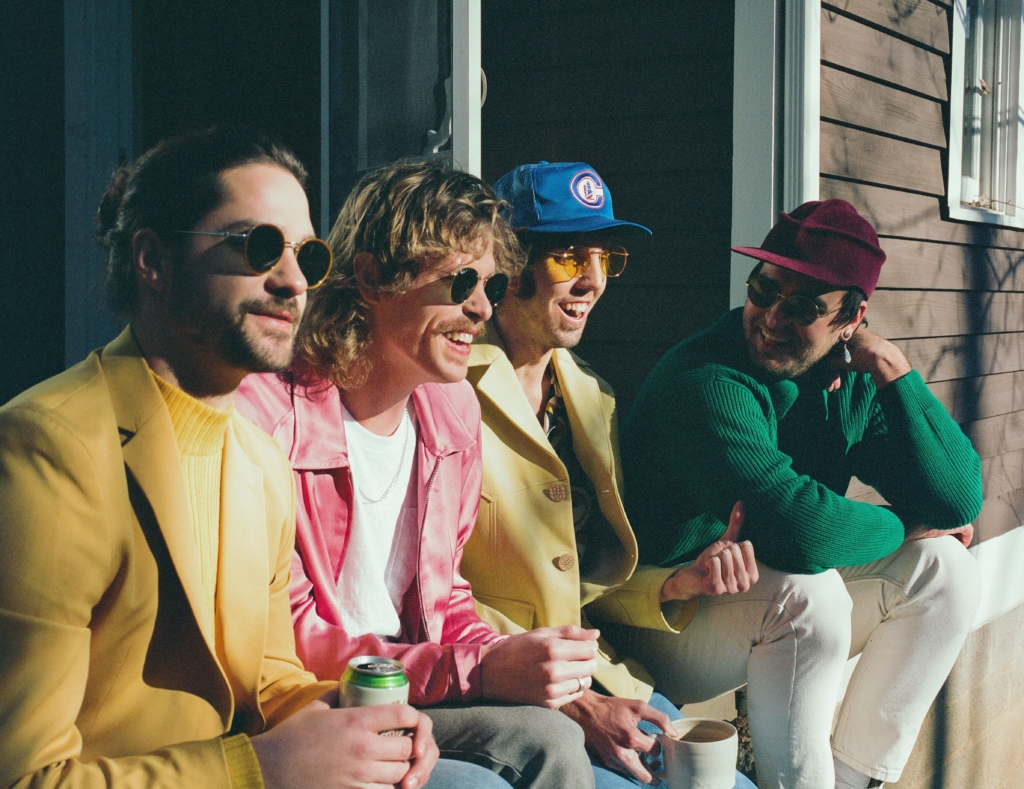 Caamp w/ Bahamas at Ben & Jerry’s Concerts on The Green

The OFFICIAL TICKET EXCHANGE for Caamp on The Green at Shelburne Museum is now open.

On their earthy, jubilant new album, the Columbus, Ohio, band Caamp examine those in-between days that make up a life—not the best or most eventful days, certainly not the worst or most tragic, but those full of small pleasures and forgotten disappointments. Taylor Meier, the group’s singer and primary songwriter, came up with the phrase Lavender Days to describe them—a phrase that struck him out of the blue, “like a coconut out of the sky,” he says with a laugh. Why lavender? “It’s nostalgic. It can remind you of your grandmother’s perfume or maybe the air freshener in your mom’s car. It can summon up all of these incredible memories and transport you to those in-between days, which I think everybody remembers with more clarity than the big events.”

Caamp have been writing and singing about those lavender days—in tender love songs tinged with melancholy and determination—ever since Meier played his first notes with bandmate Evan Westfall more than a decade ago. They met as students at Ohio University in Athens, playing local coffeehouses and growing more committed to this extracurricular project. With the addition of Matt Vinson on bass and Joseph Kavalec on keyboards, they built up a grassroots following well beyond the Buckeye State based on the inventiveness of Meier’s songwriting, the exuberance of their live performances, and their tireless dedication to touring as much as possible.

From their self-titled 2016 debut album to their most recent releases of By and By in 2019 toLive From Newport Music Hall, “Fall, Fall, Fall”, and “Officer of Love” in 2020 the band has amassed over 590 million streams globally as well as achieved multiple #1’s at AAA radio. The band has headlined sold out shows and performed at major festivals around the world including Firefly, Shaky Knees, Forecastle, Outside Lands, Austin City Limits, Great Escape and many more. They have also performed on national TV on Jimmy Kimmel Live!, CBS This Morning Saturday and Late Show with Stephen Colbert.

Their new album Lavender Days will be released via Mom + Pop records on June 24th.