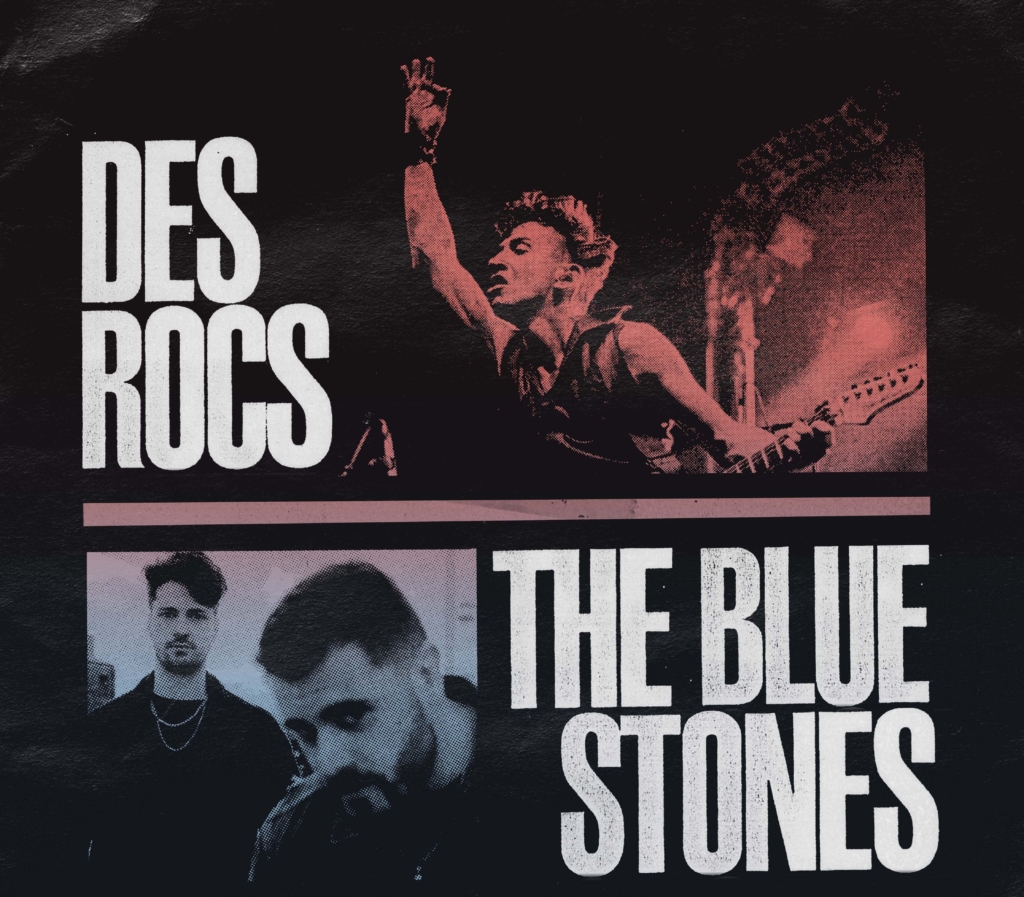 “I’m here to drag rock and roll into the 21st century kicking and screaming if I have to.” says Des Rocs. “It’s what I was put on this Earth to do.”

If that sounds ambitious for a skinny misfit from New York, consider the following: in the three years since Des Rocs first began releasing songs from his NYC bedroom, he’s racked up more than 150 million streams, cracked the Top 30 at Alternative Radio, and even opened for the Rolling Stones. Now, he’s ready to once again elevate and evolve with the release of his pulse-pounding, genre-bending, full-length debut, A Real Good Person In A Real Bad Place. Self-recorded in Des’ homemade studio, the album is a bold and intoxicating slice of bedroom arena rock fueled by defiant, magnetic performances that hint at everything from Freddie Mercury to Elvis Presley. It’s a collection that’s as addictive as it is unpredictable, a wild, cathartic work of liberation and escapism that thrives on breaking the rules and subverting expectations at every turn.

A fourth-generation New Yorker, Des began his career playing in a variety of groups that toured with the likes of Weezer, Fall Out Boy, and Panic! At The Disco before going solo in 2018 with his debut EP, Let The Vultures In, which amassed more than 50 million streams on Spotify alone. He followed it up with two similarly well-received EPs, 2019’s Martyr Parade and 2020’s This Is Our Life, which helped earn him dates with Muse, Grandson, The Struts, and The Glorious Sons, among others.

When Tarek Jafarand Justin Tessier formed The Blue Stones, they were facing uncertainty about who they were and where they were going. But they did know they wanted to make music together, and so they did, writing songs overtime and eventually releasing their debut album Black Holes in 2018.

“When we wrote that stuff,” explains Tessier, “we were both finishing undergrad degrees. That album was us trying to figure out who we were. These new songs are more about how we know who we are, but they’re also us learning to come to terms with the dark side of ourselves.”The band drew the attention of producer, Paul Meany – the creative force behind alternative rock band Mutemath – and who recently worked with Twenty OnePilots, producing their fifth album, Trench.

Needless to say, getting Paul involved provided the pair with a huge sense of validation.“We jokingly suggested him,” chuckles Tessier. “We were shooting for the stars, but a week after our management approached him we found out he was into the band and into us as musicians.”Working with Meany didn’t just lead to The Blue Stones exploring –and creating –music in a different way than they had before, but it also led Jafar to approach and tackle lyrics in an entirely new light. Combined with the band’s nuanced and layered approach to their sound, it makes these songs resonate with a powerful emotional intensity.

That’s an idea the pair (Jafar on vocals and guitars, Tessier on percussion and backing vocals), have woven into the fabric of the other new songs. Although The Blue Stones were always more than a blues-rock duo, that’s especially true now.