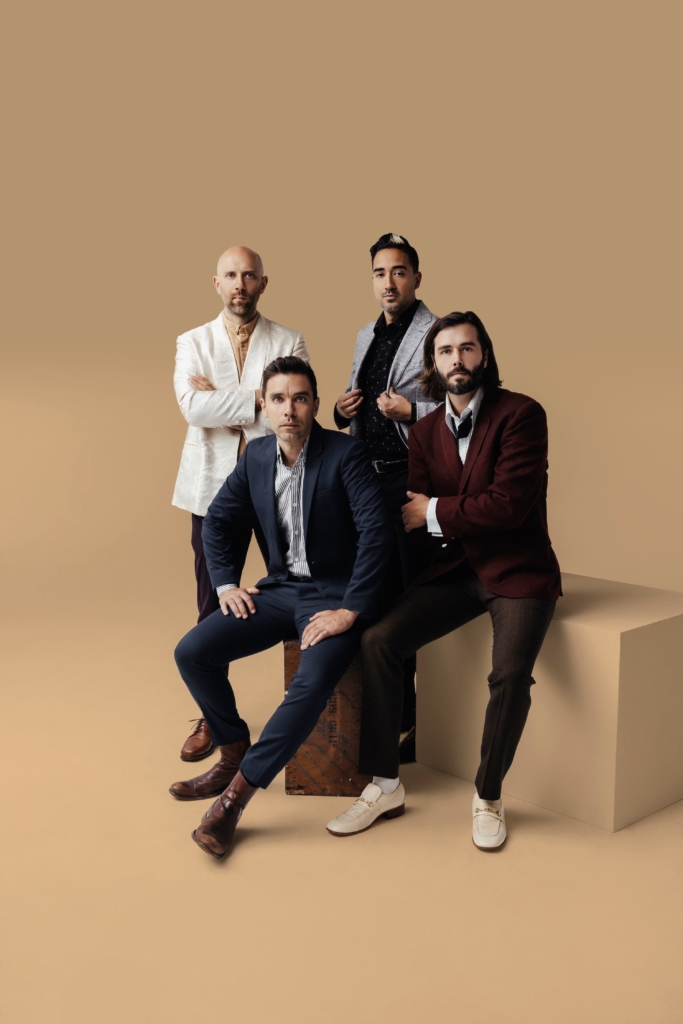 Proof of COVID-19 vaccination or negative PCR test (taken within 48 hours) is required for entry.

I been thinking a lot about the past again. I guess if you know me, that’s nothing new. Yeah, I smell what you’re sniffin’ at: “Oh boy, here goes ol’ Tubbs again, ramblin’ about those good ol’ bygone days of yore.” Well, sure, I’ll allow you that one. Maybe I do tend to take a good hard glance into the rearview before I step my boot on the gas. But don’t we all? Or shouldn’t we, in any case?

It just seems to me that, these days, the past is everywhere you look. Hell, take another peek at that sentence again. The first time you read it is already in the past. Funny how time just keeps clickin’ along. These days, anyway.

So, sometime in what’s now the not-too distant past, I was sittin’ in my usual seat inside Whispering Pines, cozied up to a glass of something cozy, when, from outta nowhere, this particular tune crept into my ear. It was a funny thing, because it immediately felt familiar to me, as a song that creeps into your ear usually has to be—especially for somebody like me who don’t write ’em…I just roll ’em. (You’ve heard me say that one more than a few times, no doubt.) But then the more I thought about it, and the more I listened to this little tune janglin’ around upstairs, I realized that I couldn’t place it as something I’d ever heard before. (And take my word for it: the ol’ upstairs is a titanium steel trap for tunes, even now.) It was a conundrum.

That little number stuck with me for more than a few days. I’d be doing something mindless— scrubbin’ my cup, combin’ my hat—when all of a sudden, here it came again: It’s hard to make friends when you’re half in the grave, but I ain’t dead yet and I’ve got something to say. It was the loveliest thing, and dang me if it didn’t keep sounding chummier and chummier. It was sublime—that drivin’ jangle of the guitar, the steady thump of the drums, those breezy, liltingvoices—but I just couldn’t place it. Could it have been that ol’ Tubbs here had somehow tapped into that cosmic eternal and unwittingly written his first tune without even knowing it?

A week (or was it a month?) went by and the tune never went too far from my head. There’s a stranger in my eyes again… It almost got to where I was more used to the tune being there under my hat than my own face. …I swear to God I don’t know him. But then it happened, somethin’ I’ll never forget for as long as I live: My little tune came to life before my very eyes.

Now, be patient. I’ll tell you how.

That day, one of my all-time favorite acts happened to be booked in Whispering Pines for a recording spell, those good-time bootscooters and rhythm rascals known as Lord Huron. As always, the boys showed up early—but not earlier than ol’ Tubbs here—and made haste toward the studio’s live room.

“Howdy, fellers,” says I. “Headed for the big room, I see.” (If Whispering Pines was a church—it ain’t, mind you, but if it were—the live room would be the holy pulpit, I reckon.)

Ben (he’s the singer) just looked at me, touched the brim of his hat, and nodded. “Thought we might try somethin’ different this time, good buddy,” says he.

So I just gave him my grandest grand welcome and stepped aside, happy to have them back. Those boys know what they’re doin’, having made quite a few of their records with us. But the live room, this was gonna be a first, and a real treat. I tried my best to keep my grin to a simmer, sat down at the board, and watched as Mark, Miguel, Tom, and Ben started tunin’ her up

If you’ve ever had the pleasure of recording at the Pines, then you know that nothin’ in the place is off limits. Guitars, cymbals, pianos, pedal steel, mandolins, microphones, saxophones—what’s ours is ours, that’s my motto. And as the Huron boys are basically my own brothers by now— well, nephews, maybe, but who’s countin’—I was glad to see their hands on all of it. I even heard ’em talk about recording a gigantic string and woodwind orchestra in some dang place like Sweden or somewhat…those fellers really shoot the moon, I tell ya.

I’d barely had time to pour my coffee and hit the big red button when they settled into a dusky groove so quick I could hardly believe it. Must have been all that time playing out on the road together—even headlined that dang Bowl they got out in Hollywood since last I laid eyes. Hell, they’ve known each other since grade school so it don’t surprise…that’s the rumor, anyway.

Now, I’ve loved all their hits—“The Night We Met,” “Time to Run,” “When the Night is Over”—but this new stuff they started in on just sounded…well, it just sounded like somethingeerily familiar, as it were. Like somethin’ from a past life I’d heard before, but brand new, all at once. Like a note plucked long ago that had moseyed through time to finally belly up to my bar once and for all. It was a conundrum.

The first number they called “The Moon Doesn’t Mind,” and I say it reminded me of one of those cowboy pictures where the lone horseman is singin’ his heart out to the audience from atop his brave steed. But something about the pang in Ben’s voice made it seem like that feeling was more lonesome than just simply lone—or maybe it was just my view from the sidestage, as it were. Maybe the light catches a singer a little different when you’re not staring at him head-on, or even through a lens. I always did wonder if those cowboys were really as rootin’ and tootin’ as they looked on TV. I gave the boys a good round of applause before they launched into a real sunset of a song they called “Mine Forever,” a swinging, full-on heart-renderer with a bubbly sound. All of a sudden I heard handclaps and female voices—I swear those ladies must have risen up outta the floorboards! Never saw ’em come in, and didn’t see ’em leave. That’s just the magic of the Pines, I suppose. Door knockin’s for strangers.

The next one, “Love Me Like You Used To,” brought to ear of one of those classic lovelorn country ballads, like one sung by Handsome Scott or even ol’ Roy Casey himself. “Long Lost” and “I Lied” both slowed the tempo down a notch or two, but sounded no less grand. The boys were really firin’ on all cylinders that day, I tell ya, filling the air of that grand live room—and my own soul—with those tales of hard luck, heartbreak, and redemption. It was as if the boys had become conduits for the spirits of the room and were using ‘em to tap into that same cosmic eternal I’ve always felt—known—was hovering around inside Whispering Pines.

I was feeling pretty fine. Our old pine clock on the wall had long stopped tickin’ and the boys surely didn’t need any help from little ol’ me, so I helped myself to a little something cozy and kicked my boots up on the board. And it was then, in that instant, that I heard it…my tune.

All messed up with nowhere to go, I stare at myself in the mirror alone… It’s hard to make friends when you’re half in the grave…

That drivin’ guitar jangle, the steady drum thump, those breezy, liltin’ voices…it was all unmistakable. My tune! It had somehow crept out from that titanium trap I keep under my hat and sneaked into the live room to serenade me from behind the glass studio wall. Time seemed to stand still, even more than it usually does around here. It was like some long-lost dream come to life, a forgotten classic from a parallel dimension, the echo of a memory that wasn’t mine. But the feeling was real.

“Say, boys, what’s that one called?” I hollered into the talkback, trying to seem casual.

They looked at one another, laughed. “Well, I’m not sure,” Ben replied. “What does it feel like it’s called to you?”

As he spoke, I caught a glimpse of myself in the unpolished studio glass, and something hit me, something I’ve never been able to explain. “Well, I reckon it’s called ‘Not Dead Yet,’” I reckoned. And wouldn’t you know it? Turned out, it was.

The Huron kept at it for a little while longer that day, but I must have drifted off peaceful-like in something of a cosmic slumber, with my tune—all of the tunes, in fact, as all of them were now mine—janglin’ heavy and happy in my heart. When I woke, the light from the next day was just starting to ease into the Pines, and I was alone. I stood up, stretched my creaky back, scratched a

little stubble. As I turned to grab my leavin’ hat off its peg, something caught my eye: A hand scratched note bound to a faded vinyl record sleeve was layin’ on the floor.

I bent down to snatch it up. The record was called “Long Lost,” and it looked as if it had been layin’ there on the floor since before Whispering Pines was even a whisper itself. I brushed the dust off the cover and saw that the artist was none other than the boys themselves—Lord Huron.

“Say, Tubbs,” the note read. “Time washes aways what man creates, but ‘Long Lost’ might convince you that a note can live on. Be good now. The Boys.”

As ever, friends, may you live until you die,