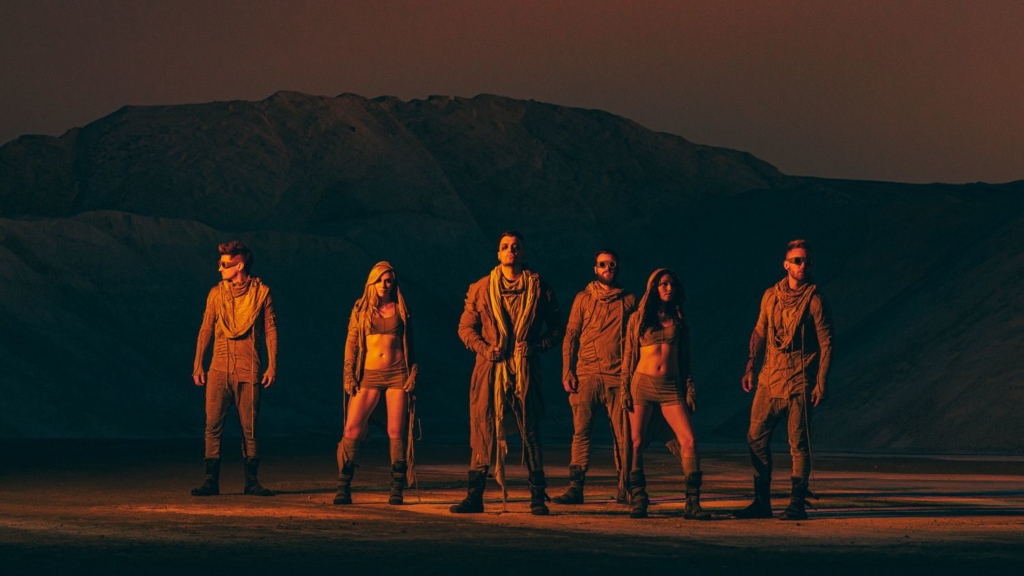 STARSET return with their 4th studio album, HORIZONS. A continued voyage through a captivating science fiction narrative, HORIZONS delivers a cinematic soundscape that accompanies the listener through pain, love, descent and triumph. The world has been consumed by synthetic methods of escaping reality, and it is with this technology that we are able to explore life through other users experiences — finally, the ability to be someone else. STARSET’s epic hard rock styling does not disappoint, as we travel a newfound digital frontier along with them.

Since bursting on the scene with the breakout single “Breathe Into Me” and album “End of Silence” (2006), both certified gold, Grammy nominated band RED have built a career on more than music.  Blending Nu-metal and Alternative hard rock with elements of classical and orchestral, the RED sound begs for a visual representation of matching scope, something the band never fails to deliver.  The result is an intense emotional connection with a global audience.  In their career, the band has headlined, co-headlined, and appeared on many major festivals sharing stages with Breaking Benjamin, Staind, Nine Inch Nails, 3 Doors Down, Seether, Papa Roach, Chevelle, Sevendust, Creed, and more.    The band’s career achievements include over 2 million albums sold and numerous top 10 radio singles.  The band released their most recent album, “Declaration”, in April of 2020 and plan to release new music and tour extensively in 2022.