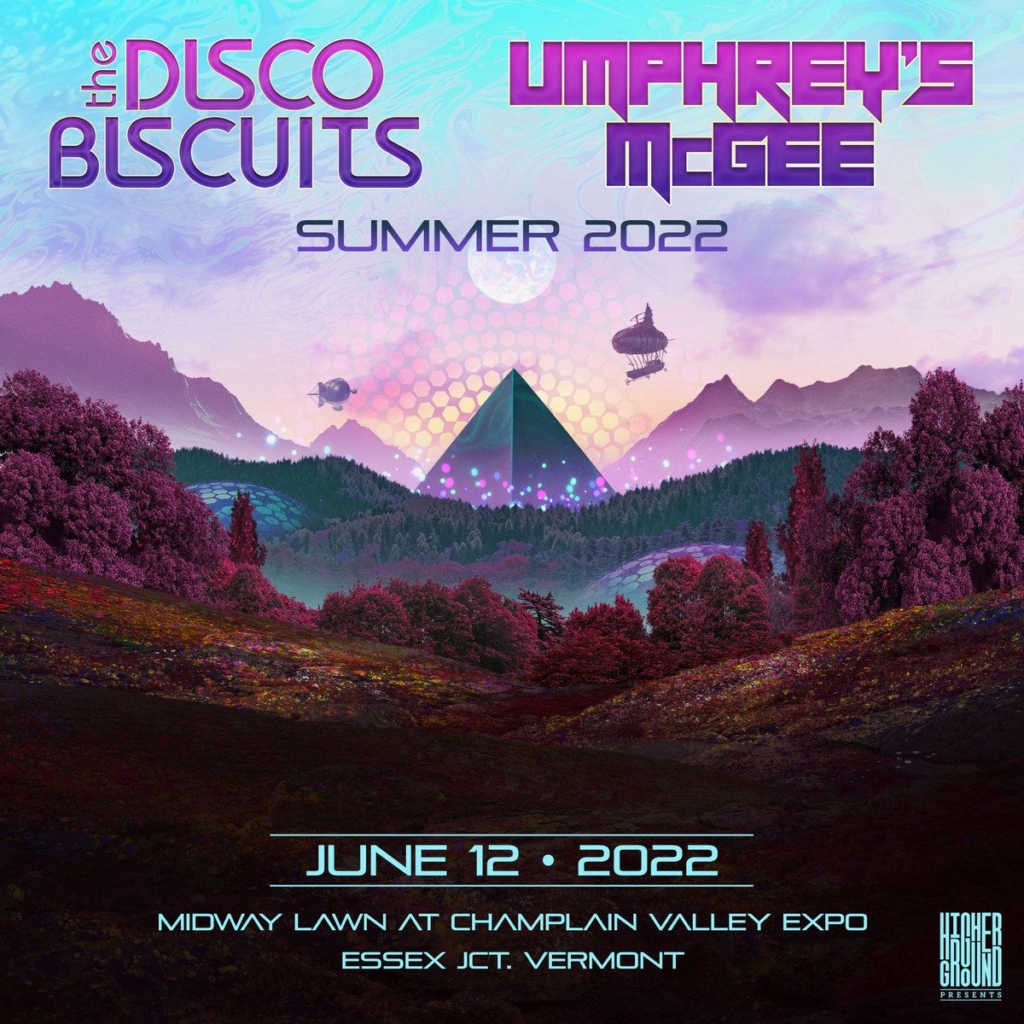 The Disco Biscuits are an entirely different band today than they were when they first broke out of Philadelphia in the mid-90s. That’s not to say that they’ve abandoned their foundation, switched gears or set sail for distant shores. The Disco Biscuits are still very much the pioneers of “trancefusion,” bridging the gap between electronic music and jam bands. They still remain rock pioneers whose soul belongs as much to marathon dance parties as it does to live improvisational journeys. They still employ emerging technologies to help them create music that is 100 percent human although, perhaps, not entirely of this earth.

Singer-guitarist Brendan Bayliss had just landed in Los Angeles after a flight from Chicago, expecting to start a West Coast tour with Umphrey’s McGee, when he found a text on his phone. It basically said, “You’re going home.”

Keyboard player Joel Cummins, who lives in L.A., was in San Diego, squeezing in some golf before the shows, when his phone lit up. And guitarist Jake Cinninger was at his home studio in Niles, Michigan – across the state line from the University of Notre Dame in South Bend, Indiana, birthplace of Umphrey’s McGee – about to leave for the airport when he got the news.

It was March, 2020 – the first shock and whiplash of pandemic lockdown. After 22 years on the road and a dozen ambitious and eclectic studio albums, including the 2004 breakthrough Anchor Drops, 2009’s prog-rock trip Mantis and 2015’s The London Session, recorded in a single day at Abbey Road, Umphrey’s McGee – Bayliss, Cummins, Cinninger, bassist Ryan Stasik, drummer Kris Myers and percussionist Andy Farag – were grounded until further notice.

“I remember almost vibrating, like an anxiety attack,” Cinninger says now. “We were always in motion, going forward. It’s weird when that stops on a dime.” Cummins sat in his house, “just beside myself,” he says, “because I didn’t know when I would play music with my friends again.”

“Everyone was guilty of taking a couple of weeks, just staring at the sky,” Bayliss says. “Then you run out of excuses to not do anything.” Emails flew back and forth “with ideas and chord progressions” as Bayliss, stuck at home, worked on lyrics for a pair of songs already underway: “Always October,” an anxious meditation with a jolting chorus, started at a Nashville session in the fall of 2019; and the helplessness in “I Don’t Know What I Want,” a combined reflection on solitary confinement and heavy, personal loss. In June, 2019, Bayliss’ friend Jeff Austin, the former mandolinist in Yonder Mountain String Band, died unexpectedly. “I’m only looking for an antidote,” Bayliss wrote in the song. “What if I’m only asking for a friend?”

“I was thinking about a friend that I couldn’t help,” he admits, adding, “There’s something to be said for speaking your mind. If it’s a true emotion, it’s something everyone can feel: ‘Why is this happening to me?'”