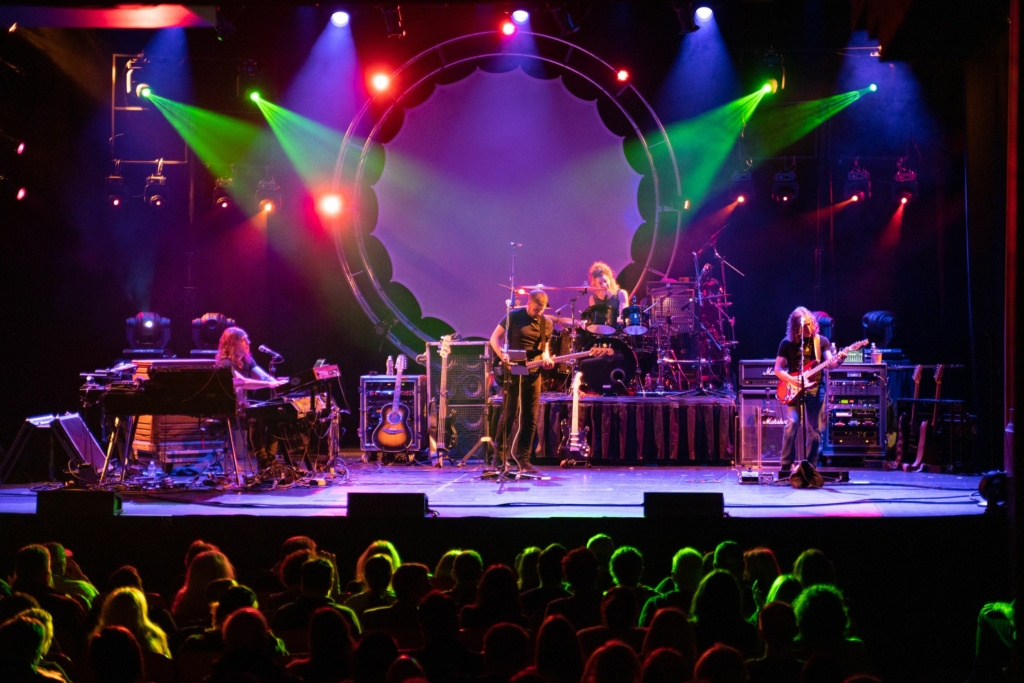 The Machine has forged a 30+ year reputation of extending the musical legacy of Pink Floyd. The New York-based quartet performs a diverse mix of The Floyd’s extensive 16-album repertoire, complete with faithful renditions of popular hits as well as obscure gems.

With stellar musicianship and passionate delivery, The Machine explores collective improvisation rivaling that of an early 1970’s Pink Floyd, while their use of expanded theatrical elements and elaborate stage displays and lighting continues The Floyd spirit of the 1980’s. The band is also known for recreating entire albums as a part of their show, accepting requests from fans, and for taking an A – Z approach in which one song is played for every letter of the alphabet.

The Machine has sold out theaters, premier showcase rooms and casinos across North America, Europe and Asia, performed at renowned music festivals such as Bonnaroo, Riverbend, and Gathering of the Vibes, and shared the stage with full symphony orchestras, including the Atlanta, Detroit, Pittsburgh, Jacksonville, Charlotte and San Diego Symphonies, as well as the Buffalo Philharmonic.

The band features founding member Tahrah Cohen (drums), longtime bandmates Scott Chasolen (keys, vocals) and Ryan Ball (guitar, vocals), and newest member Chris DeAngelis (bass, lead vocals). The band continues on to celebrate the music of Pink Floyd and to honor the life of Joe Pascarell, who co-founded the band with Tahrah in 1988.

“They duplicate the sound and hits of Pink Floyd with chilling accuracy, and they play for a hell of a long time.” – Matt Diehl, Rolling Stone