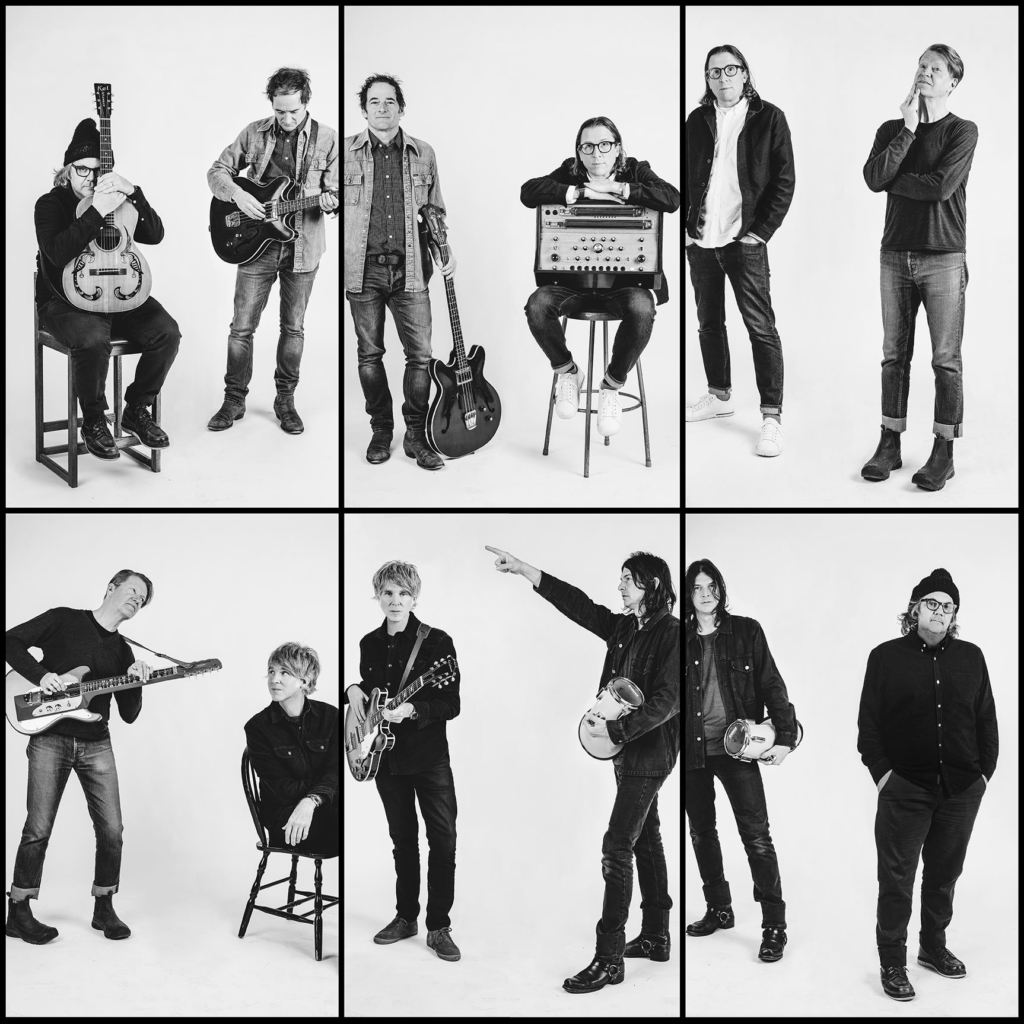 Today, Wilco announce their new album, Cruel Country, out May 27th via dBpm Records and present their new single, “Falling Apart (Right Now).” Cruel Country, a substantial two-disc exploratory work, arrives the same weekend at the band’s beloved Solid Sound Festival in North Adams, MA, where they will perform the album for the first time. Early on, coming out of Uncle Tupelo, there was the idea that Wilco was a Country band, or at least an alternative Country band. And there’s evidence to support that— “there have been elements of Country music in everything we’ve ever done,” says Jeff Tweedy. “We’ve never been particularly comfortable with accepting that definition, the idea that I was making Country music. But now, having been around the block a few times, we’re finding it exhilarating to free ourselves within the form, and embrace the simple limitation of calling the music we’re making Country.”

Cruel Country is almost entirely composed of live takes, with just a few overdubs. Everyone – Tweedy, John Stirratt, Glenn Kotche, Mikael Jorgensen, Pat Sansone and Nels Cline – was in the room, playing together at The Loft in Chicago, unseparated by baffles. It’s a totally different way of making records that Wilco hasn’t used in years—maybe not since Sky Blue Sky. “It’s a style of recording that forces a band to surrender control and learn to trust each other, along with each others’ imperfections, musical and otherwise.” says Tweedy. “But when it’s working the way it’s supposed to, it feels like gathering around some wild collective instrument, one that requires six sets of hands to play.”

Across the record, there’s a loose conceptual narrative on the history of the United States. There’s almost a chronologically accurate portrait of America that comes out of the way that the record moves. “It isn’t always direct and easy to spot, but there are flashes of clarity,” says Tweedy. “It’s all mixed up and mixed in, the way my personal feelings about America are often woven with all of our deep collective myths. Simply put, people come and problems emerge. Worlds collide. It’s beautiful. And cruel.” Tweedy continues: “The specifics of an American identity begin to blur for me as the record moves toward the light and opens itself up to more cosmic solutions—coping with fear, without belonging to any nation or group other than humanity itself.”

Overall, Cruel Country is an album that doesn’t shy away from troubles, and there’s no denying that we’re still living in a very troubled time. “More than any other genre, Country music, to me, a white kid from middle-class middle America, has always been the ideal place to comment on what most troubles my mind—which for more than a little while now has been the country where I was born, these United States. And because it is the country I love, and because it’s Country music that I love, I feel a responsibility to investigate their mirrored problematic natures. I believe it’s important to challenge our affections for things that are flawed.”

“Country music is simply designed to aim squarely at the low-hanging fruit of the truth,” says Tweedy. “If someone can sing it, and it’s given a voice… well, then it becomes very hard not to see. We’re looking at it. It’s a cruel country, and it’s also beautiful. Love it or leave it. Or if you can’t love it, maybe you’ve already left.”