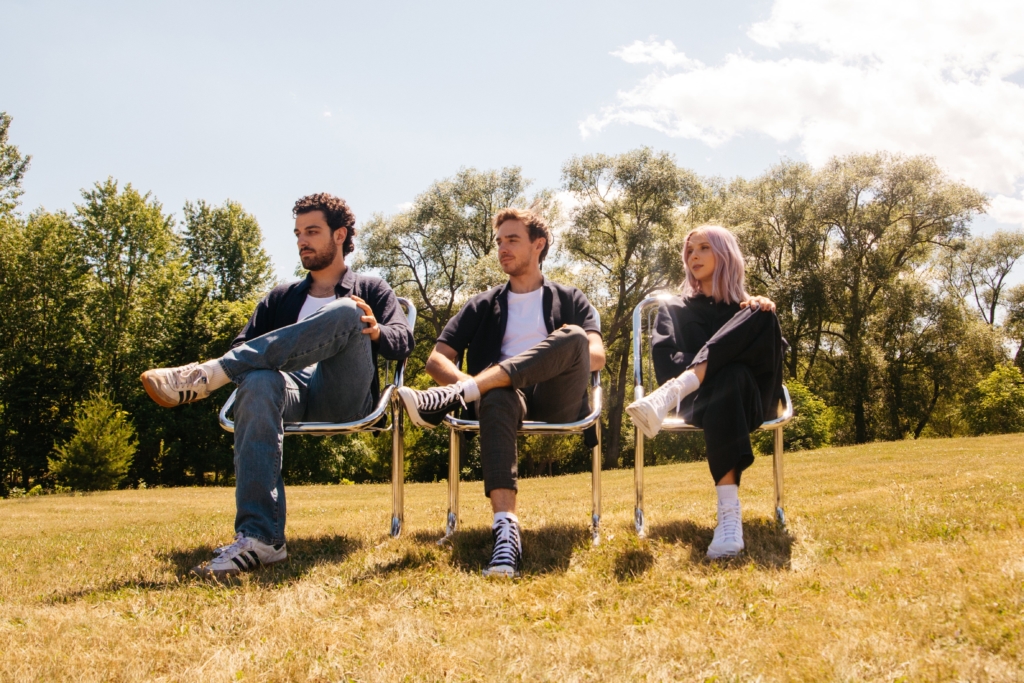 The Wild Rivers performance previously scheduled for February 21 has been rescheduled for June 7. All previously issued tickets will be honored at the June 7 date. Apologies for any inconvenience.

If you’re unable to attend the June 7 performance, please contact the HG box office with your refund request before March 14.

“The more I see, the less I know about it.” It’s one of the first, most prominent lyrics onSidelines, the much-anticipated full-length album from indie trio Wild Rivers. The phrasing isbrief but says everything about adjusting to young adulthood — and beyond. The world placesinfinite pressure on us to have a plan for the future, but, as Wild Rivers eloquently articulatethroughout Sidelines, it’s healthier to acknowledge — and even embrace — the not knowing.

In many ways, the group’s own story is one about embracing the unknown. Born in Canada,Khalid, who is half-Egyptian, and Devan, who spent her childhood in London, England beforereturning to Canada, first connected at Queen’s University in Kingston in 2013. Starting out asan acoustic singer-songwriter project, Khalid and Devan expanded their aesthetic to a morefull-bodied sound, adding multi-instrumentalist Andrew, who Khalid calls their “Swiss army knife.”’

Together, right before their first show, the band decided on the name Wild Rivers “in a Subway restaurant,” laughs Andrew. “Our friends were going to be there and there was a lot of pressureon making a big reveal, just cause we had really left it to the last minute,” adds Devan. “Therewasn’t too much thought put into it. We just were like, ‘okay, this sounds cool. I’m going to get afoot-long’”.

A portrait of their early post-college years, Sidelines is where Wild Rivers poured their collectiveimpressions about merging into their mid-20s — a strange, liminal age where it’s easy toromanticize childhood. Sidelines, according to Andrew, looks back longingly upon “the time when you are truly present and you’re not having this forward-thinking vision where you’re worried about the next thing.”