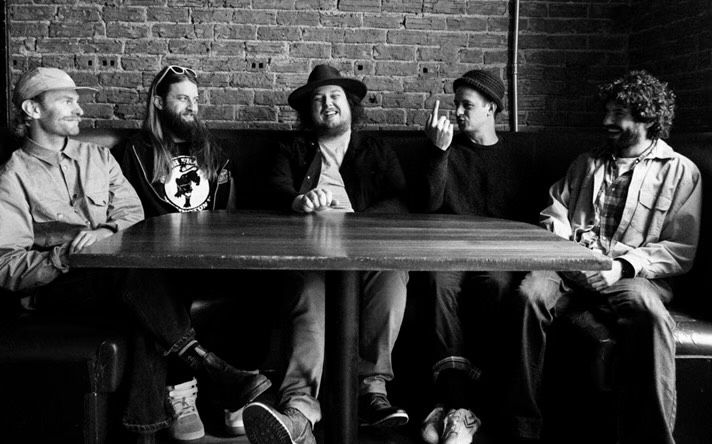 Troy Millette & The Fire Below

Due to Vermont’s high vaccination rate and significantly declining local hospitalization rates we will no longer be requiring proof of vaccination or a negative PCR result for events at Higher Ground, unless requested by the artist. This change will take effect on April 1st and will apply to performances at both the Ballroom and the Showcase Lounge.
Please continue to watch for communications on any protocol changes for upcoming performances.
__

What’s in a song? A dash of creativity, a few fresh rhymes, and a full serving of heart are the recipe for success according to singer/songwriter Troy Millette, who alongside his band the Fire Below have gained recognition as one of the region’s most engaging live acts.
Since emerging on the local circuit in 2009, Millette’s emotive and relatable lyrics have made him a staple of dives, clubs, and festivals across the northeast United States and Quebec. In 2022, he was invited to showcase his talents at the SXSW festival in Austin, Texas. That same year, the Fire Below received the title of Vermont’s “Best Folk Group” at the Seven Daysies Awards.
In addition to hundreds of headlining shows, appearances at festivals like Grand Point North, and even a promotional run with Senator Bernie Sanders, Millette and company have shared bills with the likes of Counting Crows, LIVE, Grace Potter, Bowling for Soup, Trey Anastasio (of Phish), Richard Marx, Rick Springfield, the Front Bottoms, Marcus King Band, American Authors, Brett Dennen, Dawes, lovelytheband, and many more!
The debut solo EP from Troy Millette entitled  “Living With A Ghost” was produced by Christopher Hawthorn, and is a five-song collection that Seven Days says is “sure to strike a chord with fans of storytelling Americana troubadours such as [Jason] Isbell and the radio-friendly stylings of Kip Moore.” The singles that followed, “I Miss You,” and “Stay (Please)” have received recognition as a “Monthly Best” from the blog County Tracks.
Tom Higgenson of Plain White T’s likened the verses of the pandemic single “I Miss You” to “classic Tom Petty storytelling, with modern pop repetition.”
The groups full-band debut, a cover of Taylor Swift’s “All Too Well” is available to stream now.
__
RYAN SWEEZEY BAND
Vocally dynamic and palpably emotional, singer/songwriter Ryan Sweezey brings his infectious and meaningful pop and folk/rock to every stage he plays with an earnest sensitivity and expert execution. After cutting his teeth in bars of Massachusetts’s North Shore beginning in 2011, Ryan became a regular of the Somerville/Cambridge open mic circuit in 2014. After recording his EP Starting Over with George Woods, featuring the single “Bartender,” Sweezey relocated to Vermont in 2016 where he has continued to hone his craft between the lake and mountains.