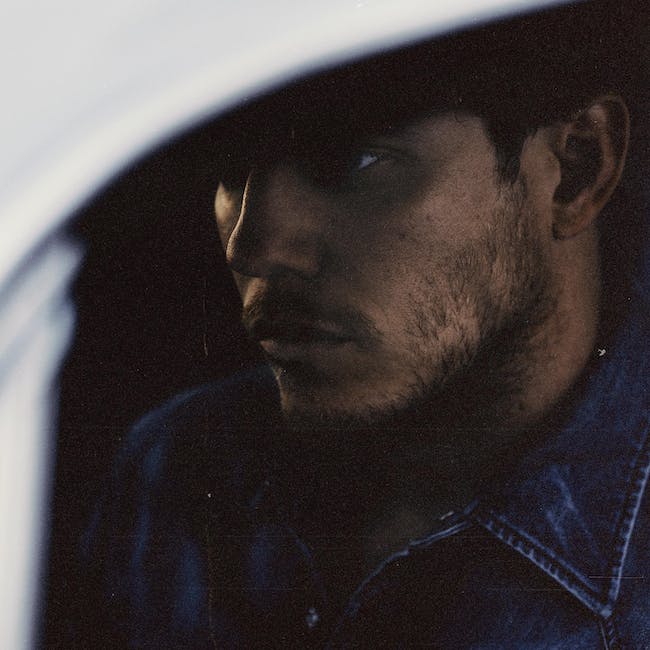 Maybe We Never Die, Anderson East's third release for Elektra/Low Country Sound takes the Alabama born, Nashville-based singer-songwriter’s seductively vintage voice in a decidedly fresh direction. The 12 tracks flow together with an overarching sense of urgency but maintain distinct musical boundaries. The energy toggles between a hunger for vulnerability in togetherness and a clinging to solitude as a romantic self-defense. There is consternation with the speed and volume at which the world operates and solace to be found in the simple act of getting up and going. And the beguiling title track, with its woozy strings swirling around East’s celestial falsetto as it curls towards the ceiling like smoke is, as they say, a whole mood; a sense of a single night’s dusk-to-sunrise contemplation. Collaborating once again with Dave Cobb along with longtime bandleader and now co-producer Philip Towns, East has found an enticing new avenue, one that maintains a connection to his past but keeps his eyes on the road ahead.  Maybe We Never Die is East's first new music since 2018's breakthrough album, Encore, which featured the Grammy-nominated #1 AAA radio single, "All On My Mind." Heralded by critics, The New York Times praised Encore as, “…an often lustrous revisiting of raucous Southern soul, rousingly delivered and pinpoint precise. He has a voice full of extremely careful scrape and crunch, but his howls never feel unhinged," while Rolling Stone declared, “On Encore, East’s influences meld seamlessly, stacking the album with Stax-worthy R&B grooves, gospel-blues ooohs and aaahs, surging keys and blasting brass.” Known for his magnetic live performances, East and his band have performed sold-out shows worldwide and have been featured on ABC's "Jimmy Kimmel Live!," CBS' "The Late Show with Stephen Colbert" and "CBS This Morning Saturday," NBC's "TODAY" and "Late Night with Seth Meyers," PBS' "Austin City Limits" and more.

- Merchandise shopping before doors open to the general public

The full-length debut from Bendigo Fletcher, Fits of Laughter is a collection of moments both enchanted and mundane, sorrowful and ecstatic: basking in the beauty of a glorious lightning storm, waking with a strand of your beloved’s hair happily caught in your mouth, drinking malt liquor while bingeing “The X-Files” on a lonesome Saturday night. As lead songwriter for the Louisville, KY-based band, frontman Ryan Anderson crafts the patchwork poetry of his lyrics by serenely observing the world around him, often while working his grocery-store day job or walking aimlessly in nature (a practice partly borrowed from the late poet Mary Oliver). When matched with Bendigo Fletcher’s gorgeously jangly collision of country and folk-rock and dreamy psychedelia, the result is a batch of story-songs graced with so much raw humanity, wildly offbeat humor, and a transcendent sense of wonder.

True to its spirit of purposeful wandering, Fits of Laughter unfolds in a wayward yet lushly detailed sound, embroidered with everything from crystalline harmonies to blistering guitar riffs to heady drum-machine beats. For help in forging the album’s ragged elegance, Bendigo Fletcher worked with producer Ken Coomer (the original drummer for Wilco and Uncle Tupelo), whom Anderson met in a flash of strange serendipity. Soon after he’d connected with Coomer via phone and bonded over a shared affection for Pink Floyd’s Obscured by Clouds, the band headed to Nashville to record in Coomer’s garage studio, laying down the album’s eight songs in nine frenetic days.

In keeping with the regional perspective that defines much of folk and country music, Fits of Laughter ponders certain paradoxes inherent in the band’s homeland. “In Kentucky there’s a long-running frustration of tradition and stubbornness versus progress,” says Anderson. “On one side you’re looking at things like the coal industry or Mitch McConnell, but then there’s also a feeling of togetherness and a fuck-the-man attitude and a loving desire for everyone to be left alone.” Referring to Fits of Laughter as a coming-of-age album, Anderson also examines a more internal conflict throughout the songs, including his choice to abandon his medical-school aspirations in favor of pursuing a career in music. “The title’s really about the spectrum of emotions I’ve felt on the way to finding what makes me feel like I’m living truthfully, rather than holding onto what I think other people’s expectations are of me,” he says. “It’s a phrase that bridges all of those emotions—everything from joy to hysteria.”