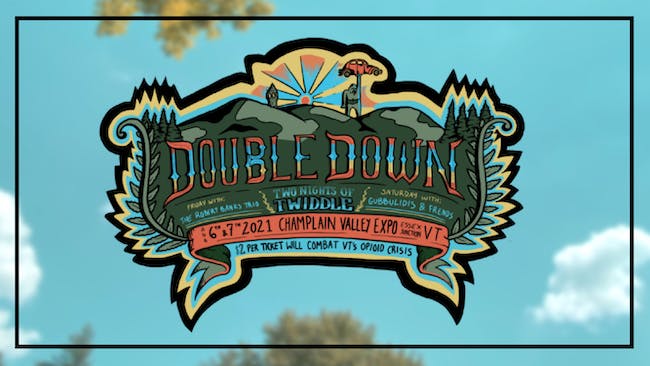 The Vermont-based jam quartet Twiddle draws from a wide variety of influences, including bluegrass, jazz, reggae, rock, and funk. With roots at Vermont’s Castleton State University, Twiddle began their extensive touring career in 2005 around the talents of Zdenek Gubb on bass and vocals, Ryan Dempsey on keyboards and vocals, Mihali Savoulidis on guitar and lead vocals, and Brook Jordan on percussion and vocals.

In the live setting, more and more people are invigorated by Twiddle’s community, promoting positivity and the band’s skillful improvisational music. And with 12 years of relentless touring behind them, Vermont-based rock band Twiddle has built an impressive resume spanning Red Rocks to Bonnaroo, and multiple sellouts of historic rock venues including Port Chester, NY’s Capitol Theatre, and Washington D.C.’s 9:30 Club. With the release of the band’s third studio album, PLUMP, the band’s career continues to catapult forward. Buoyed by the generous support of 359 Kickstarter donors, the 27-song album does more than showcase the group’s beautiful music, but also tells an important story, comprised in PLUMP Chapters 1 & 2. Recorded during a two-year span with legendary producer Ron St. Germain, PLUMP serves as a reflection of four brothers’ triumphs and struggles, both individual and as a whole. Twiddle’s trajectory shows zero sign of slowing, and the timely completion of PLUMP, is coming at a moment when the band’s fervent fan base is at an all-time high and expanding rapidly.