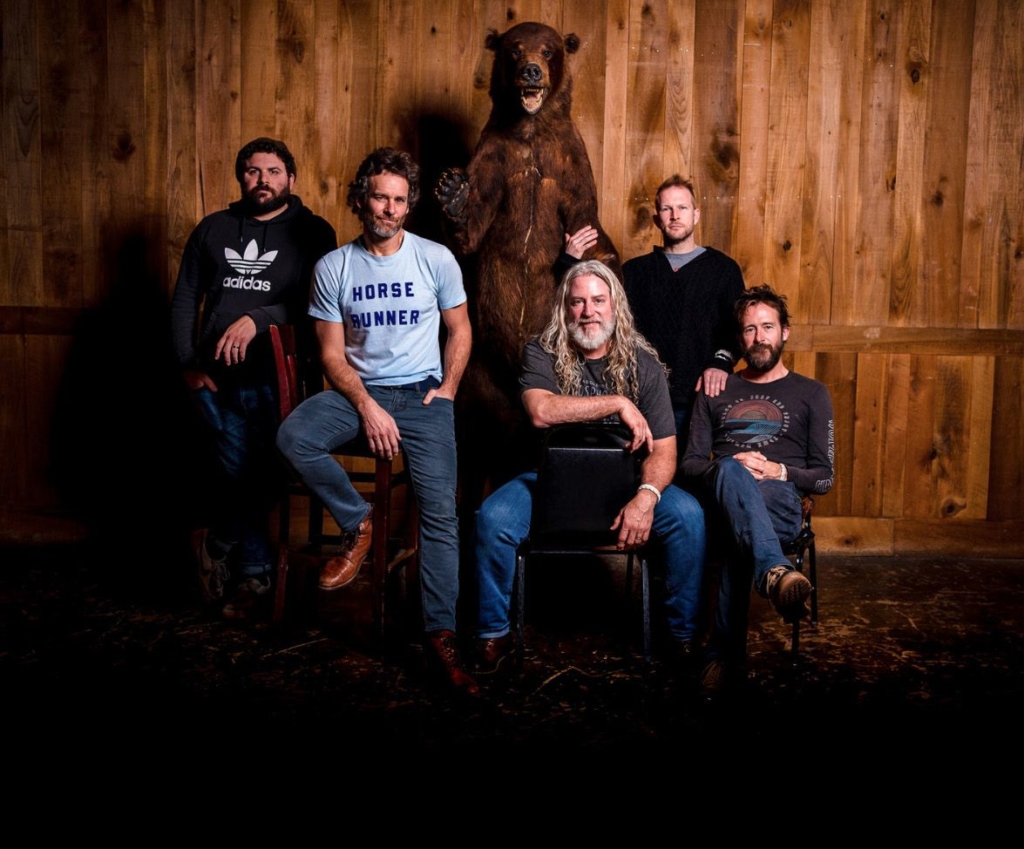 “It felt so good to get back on the road again in 2021.  It was a huge relief, with safety on everyone’s minds, to know that the efforts were paying off,” says Carbon Leaf frontman Barry Privett.

“The systems worked very well we were able to connect through live music once again.   When we got home in December, we went right to work writing and recording.  We wanted this album to have a little bit more fun than our 2021 release, Gathering 2: The Hunting Ground.  This new album will be expanding that neighborhood, musing on space and time, and the brief moment we get to experience it as Earthlings, if you will.”

The ongoing Gathering series the band has been working on over the last few years is all about building community.

“It’s a call to look inwards and find what matters, an invitation to reach out and embrace the gifts of human connection.” Privett says.

That’s no mean feat given the deep divisions that have defined much of the past few years of American life, but Carbon Leaf has always punched above their weight, defying the odds at every turn and redefining what’s possible for a modern indie band in the process. The group’s extraordinary new mini-album, Gathering 2: The Hunting Ground, is no exception. Recorded at the band’s own studio in Richmond, VA, the collection marks the second installment of the group’s four-part Gathering series, which finds the long-running quintet stripping their sound back to its organic, acoustic core as they reckon with our ever-conflicting desires for unity and independence. The songs here are gutsy and probing, grappling with grief, loss, anger, and pain, and the arrangements are aggressive and insistent to match, fueled by layers of relentlessly strummed guitars, rolling banjo, and lush fiddle. The result is a moving, cathartic collection that’s unafraid to confront darkness and doubt head on, a poignant, revelatory record all about the power of self-reflection and the ties that bind.

“One of the big questions we found ourselves grappling with as a band was, ‘How do you actually make any kind of a difference in society today?’” says Privett. “And I don’t think you can do that without first looking inwards—to yourself, your family, your friends—and figuring out what your values truly are.”

Anyone who’s caught a Carbon Leaf show over the past three decades probably has a pretty good idea just what those values are: brotherhood, commitment, empathy, integrity, self-reliance. Founded at Randolph-Macon College in 1992, the group evolved from a houseparty cover band into something far more profound after graduation, when they moved to Richmond and made the shift to original music. The band’s first three albums helped build a devoted cult following, but it was 2001’s Echo Echo that truly brought Carbon Leaf to national attention, with lead single “The Boxer” earning the group a performance slot in front of millions of viewers at the American Music Awards. After nearly ten years of self-releasing and grinding it out on the road (both as headliners and as guests appearing on bills alongside the likes of Dave Matthews Band, O.A.R., Jason Mraz, Blues Traveler, and Guster, among others), the band signed with Vanguard Records in 2004 for their critical and commercial breakthrough, Indian Summer, which yielded a Top 5 hit at AAA radio and garnered rave reviews everywhere from The Washington Post to WXPN. While the band would go on to release two more similarly well-received albums with Vanguard, it soon became obvious to everyone that independence wasn’t simply an ideal for Carbon Leaf, but rather an integral part of their DNA, and so in 2010, the band parted ways with the label in order to return to their DIY roots and take complete and total control of their career. Acting as their own label, distributor, and manager, the band cut new versions of all three Vanguard albums in order to regain the rights to the recordings, launched their own festival, and began releasing a successful series of direct-to-fan concert films, livestreams, and studio records leading up to the first installment of the Gathering series in 2018.

“The initial idea for these Gathering albums was to get a bunch of our musical friends together in the studio for a weekend and make something really communal and collaborative,” explains Privett. “We had some of our pals from We Banjo 3 join in on Volume 1, but for the second installment we decided to strike out on our own because the songs just felt more personal and introspective.”

Though Carbon Leaf had traditionally embraced a wall of sound approach in the studio, this time around they went back to the basics, focusing on raw, acoustic arrangements that placed the storytelling front and center. With guitarist Terry Clark handling engineering duties, the band—Privett, Clark, stringed instrument wizard Carter Gravatt, bassist Jon Markel, and drummer Jesse Humphrey—captured performances on and off over the course of roughly six months, experimenting with a wide variety of instruments and mic placements to generate a series of immersive, transportive sonic landscapes.

“Space was a big thing for us when we were making these recordings,” says Clark. “Moving the microphones further away so we could really capture the room and the air helped add lot of the character and dimension these songs needed.”

While some of the tracks here began life as instrumental demos from Gravatt, others first took shape as a capella lyrical or melodic ideas from Privett. Regardless of where each tune began, though, the finished product would inevitably wind up bearing the unmistakable fingerprints of all five bandmates, whose infectious chemistry consistently yields more than the sum of its parts.

“We like to take a world-building approach in the studio,” says Privett. “We’ll stack things up and layer them on top of each other until we’ve got something that sounds way beyond just five guys in a room together.”

That alchemy is obvious from the outset on The Hunting Ground, which opens with the churning “Everything’s Alright Mama.” Mixing gritty Appalachian folk with lilting Celtic influences, the track begins with both feet on the ground and builds into a soaring work of bittersweet beauty, balancing the mundane and the magical in equal measure as it reaches out into the void for connection. Like much of the album, it’s a bright, uptempo tune, but dig beneath the surface and you’ll find an underlying sense of sadness that permeates the often-impressionistic lyrics. The driving “Her Father’s Pride,” for instance, grapples with division on both a personal and a communal scale, while the rollicking “Smokey Joe Of The Poconos” explores what happens to those left behind in the name of progress, and the mesmerizing “Pale Blue Dot” zooms out to contemplate our place and our purpose in the greater scheme of the universe. It’s perhaps the muscular title track, though, that best encapsulates the sense of questioning and longing that defines the collection, with Privett singing, “Is this all we have, the natural world? Is anyone around?”

“The idea of the hunting ground is that it’s this place where you’re searching for something out in the great wild unknown,” says Privett. ”How do you process grief? How do you fix your soul in the face of losing someone you care about? How do you carry on when life doesn’t go the way you’d planned?”

In the end, of course, there are no easy answers to these questions, and that’s precisely the point. The hunt is an endless one, but it doesn’t need to be lonely. We’re all in the search together, and after more than a year of distance and isolation, it’s hard to think of anything we need more than a good old fashioned gathering.